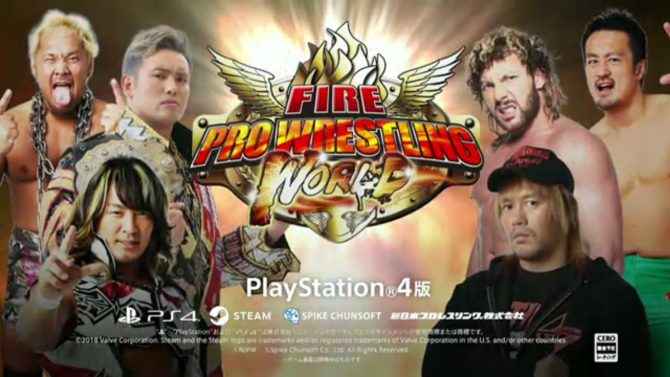 Other details were scarce, but now the dust has settled from Okada vs. Naito, and Chris Jericho’s brutal war with Kenny Omega, a whole bunch of new information has dropped.

A Spike Chunsoft Twitch stream yesterday saw plenty of discussion on Fire Pro Wrestling World and its deal with NJPW. Here’s the juiciest details from the stream.

Thanks to the lovely Chris Charlton on Twitter for the notes.

So plenty to chew on there then! It’s good to see that collaborating with New Japan won’t infringe on the depth of customisation that Fire Pro Wrestling has been so revered for. It will be interesting to see what the ‘big news’ teased in the stream turns out to be. Given the comments about being open to other wrestling promotions joining NJPW in the game, it’s possible that Ring of Honor could be involved too.