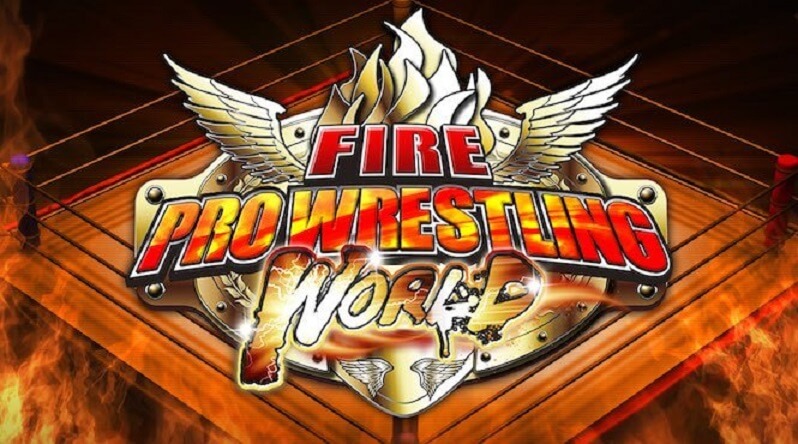 The difference now however, is that with 2K’s annual WWE efforts effectively saturating and fatiguing the market in roughly equal measure, Fire Pro Wrestling World couldn’t have picked a better time to storm onto the scene and present folks with a real, tremendously real, alternative to the house that McMahon Family built.

Fire Pro Wrestling Is Back And Better Than Ever

Certainly, for the majority of folks who have had nothing but WWE games to play year in and year out, it’s plausible to see how Fire Pro Wrestling World might come as a bit of a shock initially. Lacking the hyperglitzy cinematic presentation that 2K have been refining for years now, Fire Pro Wrestling World can seem, on the surface at least, a distinctly retro affair that looks like it might be better placed on a 32-bit or even 16-bit machine (pointedly, the series was great back then too).

It’s a robustly satisfying system that feels great when you beat your foe to the grapple, but beyond timings, Fire Pro Wrestling World’s grappling system also figures into the way that the game handles the momentum of a wrestling match too. Doing a grand job of mirroring the ebb and flow of an actual wrestling match, successful wrestlers must begin with light grapples to weaken their foe, before using medium and heavy grapples to really dish out some serious damage.

Not only does this make matches feel more enjoyable and approximate to the real thing, but it also discourages folks who have been conditioned to just jump straight in with the devastating heavy grapples and attacks, because failure to weaken your opponent properly will invariably result in you being countered. A lot.

In addition to the counters that help to dissuade the abuse of heavy grapples, Fire Pro Wrestling World also brilliantly taps into the energy burst effect that many real-life superstars have when hit with a big move – more often than not causing them to pop right back up after being hit and allowing them to continue the match unimpeded (though the damage does continue to mount up all the same).

For players unfamiliar with Fire Pro Wrestling World’s idiosyncrasies however, there are a couple of things that will seem a little… odd. Viewed from a fixed isometric perspective, the shift away from the traditional 3D roaming worlds of other wrestling games brings with it some challenges. First off, landing strikes can seem initially haphazard because the ability move around your target freely makes evasion far easier than usual. Additionally, while you can whip your foes into the ropes and the turnbuckles to the left and right, you can’t whip them into the turnbuckles at the top and the bottom of the screen which is, again, more than a little strange.

Elsewhere, players who have come from the WWE 2K side of the fence will note that Fire Pro Wrestling World also does not employ any sort of swing bar or analogue stick mini-game – instead pins must be escaped from by bashing the buttons and submissions will succeed or fail depending on how battered your enemy is. It’s as simple as that and quite frankly, this latest Fire Pro Wrestling title is all the better without such pointless distractions.

Fire Pro Wrestling World Will Last You Longer Than Most RPGs

Though the core mechanics of Fire Pro Wrestling World might seem tricky to learn if you’ve been used to the WWE 2K games, the developer has gone to great lengths to get new players acclimated to the Fire Pro Way. An extremely handy and well constructed mission mode teaches you everything from the basics, to how to produce an all-time great match. Indeed, before you know it you’ll be performing suicide dives, complex submission reversals and powerslams into boards of fluorescent light tubes.

Beyond its supremely assured core gameplay and tutorials, Fire Pro Wrestling World has a *boatload* of modes and match types for eager grapplers to sink their teeth into. In terms of the latter, and as well as packing in all the usual match types one might expect such as one-on-one, tag-team, triple-threat, battle royal and so on, Fire Pro Wrestling World also throws in a whole bunch of more exotic affairs too such as barbed wire deathmatches, exploding landmine contests and full-on MMA matches that have their own takedown and mat grappling system.

When it comes to modes, Fire Pro Wrestling World comes up aces here too. In addition to an array of exhibition matches, the aforementioned superb mission mode and resoundingly solid suite of online and local multiplayer modes, Fire Pro Wrestling World also happens to include a long-form career mode called Fighting Road that easily stands on its own.

Part of the NJPW (New Japan Pro Wrestling) content pack that comes packaged for free with the PS4 version of the game, Fighting Road has you taking your own created wrestler on an epic career journey. Starting off as a Young Lion (rookie) in the NJPW training dojo, your wrestler is put through their paces as they learn all aspects of ringcraft before going on an excursion overseas to broaden their horizons yet further still. Upon returning to NJPW you then find yourself able to join one of the five real-life factions in the promotion – Main Unit, Suzuki-Gun, Los Ingobernables De Japon, CHAOS or Bullet Club.

Once you’ve sworn allegiance to one of those groups you can then focus on achieving your ultimate goal – securing the NJPW Heavyweight Championship. Told through a range of motion photographs and text, though the presentation lacks some of the modern polish of the WWE 2K games, it feels much more like a labor of love from the developer and with a duration that stretches into double-digit hours, Fighting Road affirms itself as the best single-player campaign seen in a wrestling game for the better part of a decade.

Wrapped around a practically perfect and immeasurably deep wrestling core, Fire Pro Wrestling World includes so much content and creative possibilities that it easily outstrips most RPGs on the market in terms of sheer longevity.

Granted, it does not have the brand recognition of its more ostentatious western counterpart, nor does it have the particularly flashy 3D visuals either, but if you can make that leap from the WWE 2K games to Fire Pro Wrestling World I would strongly suggest you do so because if not, you will be missing out one of the most solid and enjoyable wrestling titles to have ever graced the PS4.

Much like New Japan Pro Wrestling itself, Fire Pro Wrestling’s star is in clear ascent. Fire Pro Wrestling World itself is at the zenith of Spike-Chunsoft’s climb to the top as one of the greatest wrestling videogames we have ever seen – seriously, if you have even a passing love for pro wrestling, you don’t want to miss this.

Fire Pro Wrestling World from Spike Chunsoft is out now on PS4 and PC.

With longevity that goes into the high hundreds of hours and boasting superb timing based grappling gameplay, Fire Pro Wrestling World now offers a real, highly recommended alternative to the current WWE dominated gaming landscape. Welcome back Fire Pro Wrestling - it's great to have you, barbed wire, exploding landmines and all.