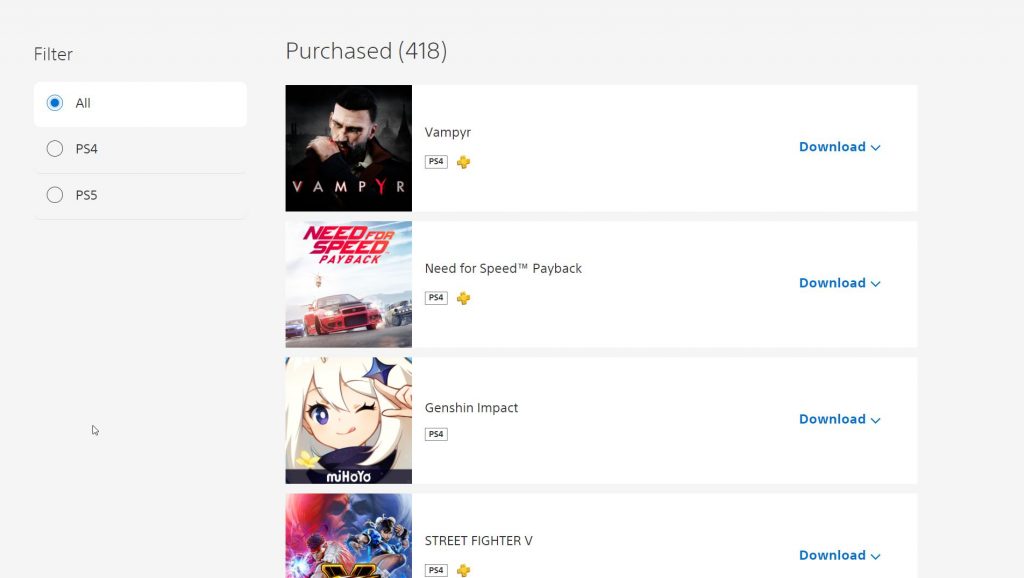 A brand new PlayStation game library website has been released and it makes a few changes most notably offering lists for both PS5 and PS4, but not for Vita, PSP, or PS3.

Pointed out by @Wario64, the new website goes for a sleek white and blue look and allowing you to filter your games by PS5 and PS4 titles. But, there is no option to filter them by your owned PS3, PS Vita or PSP titles. Alongside that, you can see your played games, current downloads, and the games which you have obtained from PlayStation Now and PlayStation Plus. You can visit the site here.

This update marks a change which will remove legacy consoles from Sony’s online websites, requiring you to access the console in order to access the items you have bought on PSP, PS Vita or PS3. Some PS4 items like themes and avatars will also be going. This will all culminate in a new PlayStation Store, which trims the functionality down similar to what we see on this new library site.