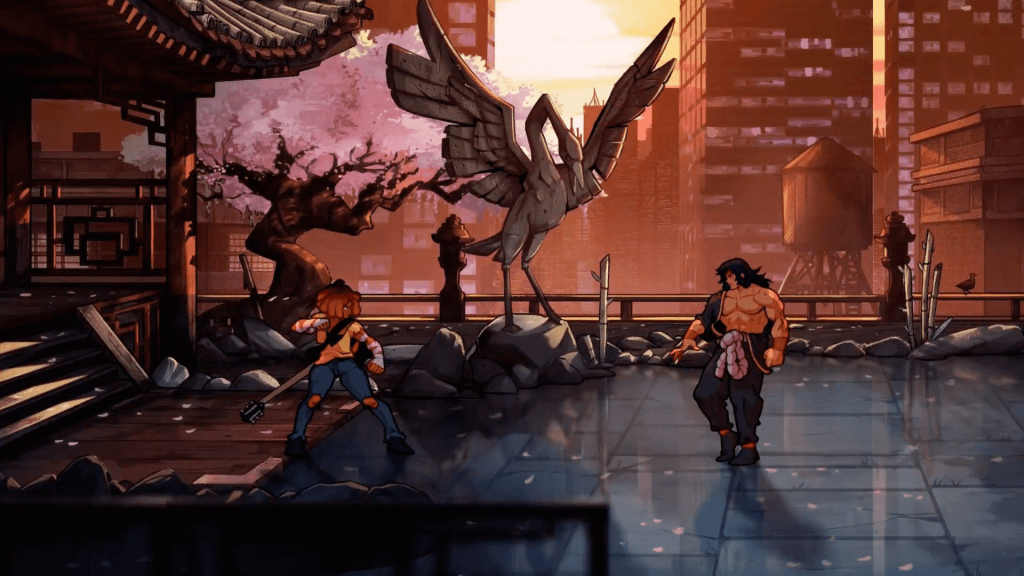 GameSpot has gone live with a bunch of new gameplay footage for the upcoming side-scrolling beat-’em-up Streets of Rage 4, this time showcasing returning character Blaze and newcomer Cherry in action. In case you didn’t know already, Cherry comes packing an electric guitar (yes, really) and is Adam Hunter’s daughter, one of the main characters from the original Streets of Rage.

Check out the new Streets of Rage 4 gameplay below.

The game’s definitely looking good, although long time fans will probably notice the conspicuous lack of sound effects for special moves and enemy knockouts. It may not seem like much, but those are part and parcel of the Streets of Rage aural experience. Clearly, Streets of Rage 4 is not in a finished state yet, which is probably why we haven’t got a release date yet.

Streets of Rage 4 is currently in development for PlayStation 4, PC, Nintendo Switch, and Xbox One, and will launch in 2020.

On a personal note, I’ve been waiting 25 years for a new Streets of Rage game, so 2020 can’t come soon enough. Let’s just hope it captures the magic of the classic titles.