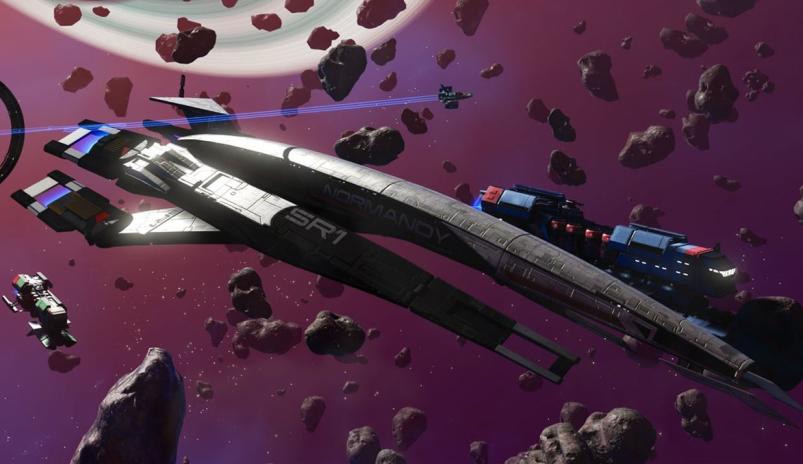 No Man’s Sky and Mass Effect have teamed up in an epic crossover that allows players to unlock the Normandy SR1 as a frigate in Hello Games‘ space exploration title until May 31.

Commander Shepard’s iconic vessel, which is used by players in the Mass Effect games to travel between planets across the galaxy, will be available to players who finish the second No Man’s Sky Expeditions content.

Once unlocked, the Normandy SR1 will function as a deployable frigate in your fleet. The timing of this offer isn’t surprising given that Mass Effect Legendary Edition has only just come out, but remember — you only have a limited time to grab it.

No Man’s Sky was released for PS4 and PC back in August 2016, and later launched for Xbox One, PS5 and Xbox Series X/S. Meanwhile, Mass Effect Legendary Edition came out last Friday for PS4, PC and Xbox One, and you can read our review here.