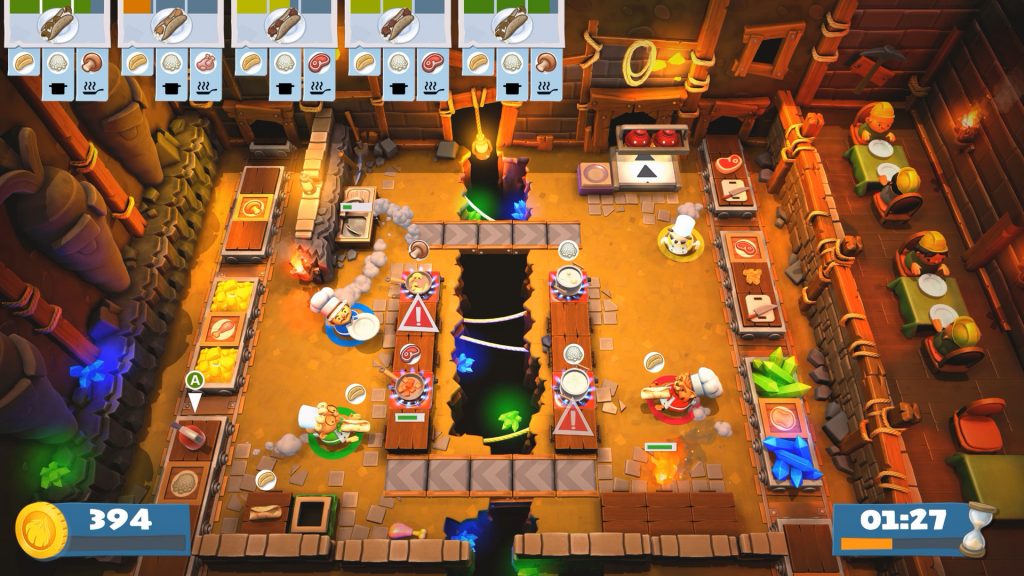 Ghost Town Games and Team17 have announced that Overcooked 2‘s next slice of DLC, Carnival of Chaos, will launch on September 12 for PlayStation 4, PC, Nintendo Switch, and Xbox One. This is the fourth and final DLC for Overcooked 2, and follows on the heels of expansions such as Campfire Cook-Off and the Hangry Horder.

Check out the trailer for Carnival of Chaos below. It doesn’t really show much in the way of any details on the DLC, but hey, at least it’s something.

Overcooked 2 launched back in August 2018, and is the follow-up to the critically acclaimed original. Don’t expect a hardcore simulation title though: Overcooked is all about fun, preferably with a bunch of mates in tow. The premise sees you rustling up grub across multiple themed stages against the clock, scoring as many points as possible before moving on to the next dish.

You’ll have to juggle many plates as you prepare meals, from chopping up veggies, cooking pasta, and slicing up meat before cobbling together a tasty meal for hungry punters. The sequel also expands on the original game by offering interactive levels, restaurant themes, and costumes for the chefs.

As mentioned, multiplayer is where it’s at with Overcooked 2, with online and offline co-op for up to four players available.

Read our review of Overcooked 2 here and see below for the full blurb for more details.

The Onion Kingdom is in peril again and this time it is the fault of the Onion King himself! Reading aloud from the fabled Necronomnomicon, he has cooked up a real problem in the form of a doughy but dangerous army of UNDEAD BREAD called…The Unbread! The Onion King needs you, so chop, fry and bake your way through an all new series of crazy kitchens to defeat them and save the kingdom.