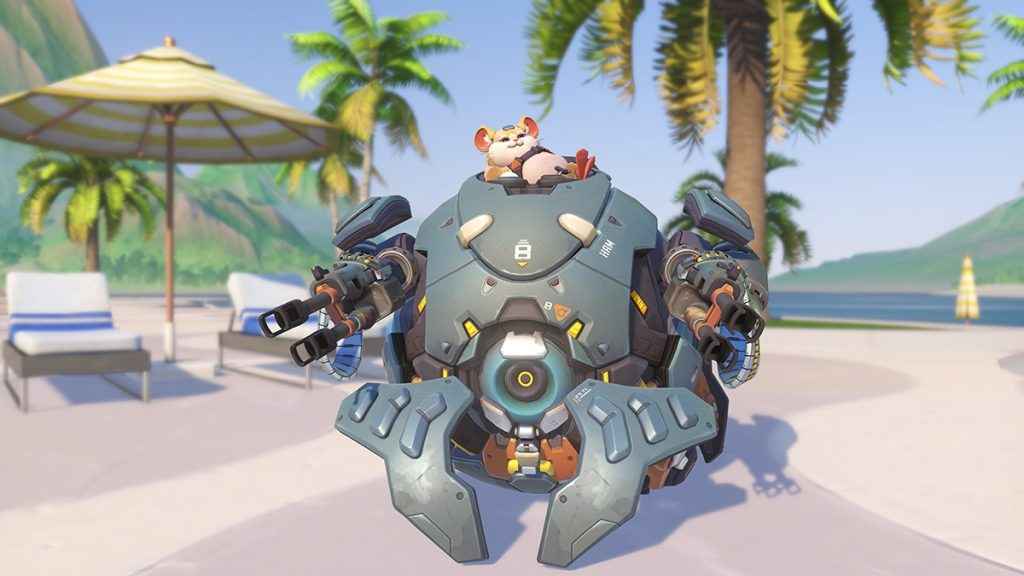 Overwatch gets another smart, death-dealing animal added to its roster next week as Wrecking Ball joins the fray.

The cheery-looking rodent joins the Overwatch roster next Tuesday, July 24. He gets a very brief announce trailer for his trouble, and probably a bit of carrot to snack on.

Wrecking Ball is Overwatch’s 28th hero and its seventh addition to the Tank class. His introduction comes not long after the introduction of support character Brigitte.

The hamster, Hammond, is a resourceful tinkerer and mechanic, hence the ruddy great ball of death he’s created. He was raised at the same Horizon Lunar Colony as Overwatch original Winston. Transform into a ball and increase maximum movement speed.

Launch a grappling claw to rapidly swing around the area. Enables high-speed collisions to damage and knock back enemies.

Slam into the ground below to damage and launch enemies upward.

Are you excited for the Overwatch Wrecking Ball release date?