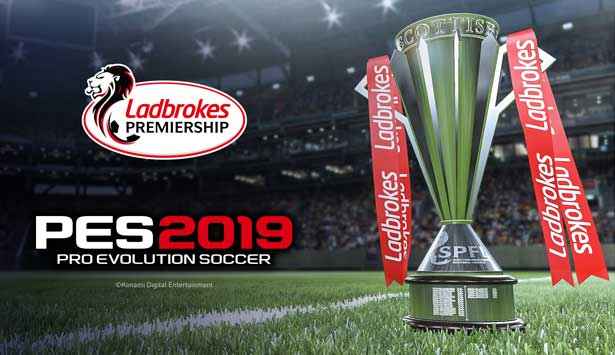 Konami has revealed it has the license for seven new offical league competitions for PES 2019.

The new leagues are as follows

Konami state that two more leagues are yet to be announced. So an E3 reveal looks quite likely for those.

Clearly, the best strategy for PES going forward is to gain audiences around the globe, and securing more leagues, whatever the country is, only adds to the game’s chances of success.

Konami announced PES 2019 will release August 28 in North America and August 30 in Europe on PS4.

The special edition features David Beckham on the cover (Phillipe Coutinho on the regular version) and comes with a modern-day version of old Becks.

Out 28th August in US and 30th August in Europe. Full details: https://t.co/M4aacweicb pic.twitter.com/yGzVILneV9 Plenty of new details emerged too. Here are the highlights.

During El Clasico, the match between Barcelona and Real Madrid in La Liga, PES 2019 was displayed on the advertising hoardings at Camp Nou, and it was announced via those hoardings that the first full reveal for PES 2019 is this Wednesday, May 9. (Cheers to Graham Day)

Konami recently ended a longstanding partnership with UEFA for the Champions League appearing in Pro Evolution Soccer. The hope was that something would fill the gap. Fans awaited PES 2019 news somewhat nervously.

Anyone notice something during the big match? 👀😉 #PES2019 pic.twitter.com/GYbV87OBYe

Well, according to a leak on the Hong Kong PlayStation Store, PES 2019 will be upping the ante. It promises a ‘huge addition of licensed leagues’ this year.

Discovered by Evo-Web, the listing (which has since been taken down) promises an overhauled myClub mode, and screenshots seem to show deals with Barcelona, Borussia Dortmund, and David Beckham are still in place. The listing had the following bullet points.

Interesting to see the release date of August 30. That could be well ahead of FIFA. The transfer deadline is August 31 for most leagues this year. Yet the FA Premier League and respective lower tiers will close its transfer windows in early August. That will certainly lighten the load of that first squad update.

New leagues will probably cater to an international audience. So don’t go expecting anything too shocking concerning popular leagues.

The first shots certainly look nice. While information is limited, it does seem like we may be in for a decent overhaul from Konami’s only consistent series. I’m sure we’ll see more PES 2019 news soon enough.

PES 2018 is out now though. It’s quite good, though that entirely depends on who you ask in the PES community.

Keepy-uppy your eyes on PlayStation Universe for more PES 2019 news as it arrives.