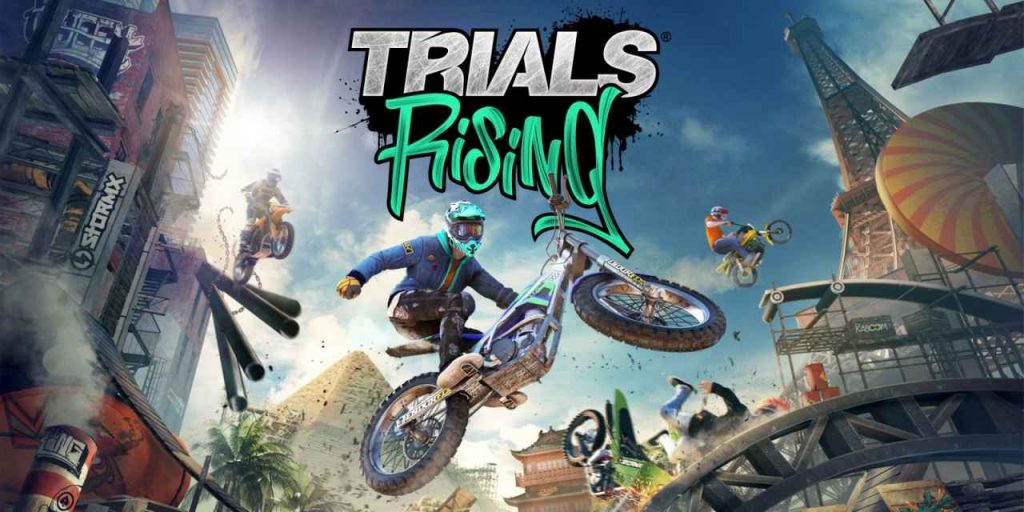 This week we close out a packed February with some smaller, yet just as important titles. Dead or Alive 6 and Trials Rising headline this week’s new PlayStation 4 releases. They bring hard-hitting fighting and death-defying racing back to the PlayStation 4.

The full list of new releases can be found below: 8-Bit Invaders! is a colorful sci-fi RTS that’s easy to learn and play. Control the military might of the Galactic Marine Corps or invade with the savage power of the Cranioids. Collect resources, build your base, amass an army and crush your opponents! Awesome Pea is a classic run-and-jump platformer, where you must help the greedy Pea in his insatiable quest for gold. Dangerous dungeons, deceptively beautiful nature, hidden deadly traps, and many MANY coins await you! Blast Zone! Tournament is the fast-paced game where fun meets explosive combat. Take on challenges in the fully-loaded single-player campaign and prepare to compete in numerous multiplayer arenas. Blast your way to the top of the leaderboards! Crash Dummy is a challenging 2D platform game. Blast, burn and freeze your way through each level. Jump long distances and do some stylish ninja action wall-runs in this story-driven adventure with a unique set of endearing characters. The world has gone mad. Hordes of enemies lie between Flint Trucker and his beloved Angelina. Only his courage and a shotgun will help him to reach home and save his one true love. Go get ‘em, Flint!

The long-awaited new installment of the Team Ninja’s top-class fighting game series. With the addition of brand-new stages and characters, Dead or Alive 6 embodies and illustrates the evolution of true fighting entertainment!

Death Coming is a non-linear puzzle game where you must harvest human souls ‘Final Destination’ style. However, pesky mortals are not your only problem, as the Agents of Light will do everything they can to stop you. Can you change Deponia’s fate? Do you have what it takes to change Rufus’ past, present and future without accidentally destroying the whole planet? Fight time itself in this action-packed, platypus-tastic and insanely hilarious story.

DiRT Rally 2.0 dares you to carve your way through a selection of iconic rally locations from across the globe, in the most powerful off-road vehicles ever made, knowing that the smallest mistake could end your stage. Four nerds, drawn into a fantasy world and mistaken for heroes, have to battle their way through a massive, crazy adventure and defeat a preposterous villain! Journey through an unpredictable story filled with parodies and cameos. This is Doom and Destiny, the flying-spaghetti fantasy adventure! Fimbul combines intense Viking battles with a deep story that unfolds through in-game comics to bring the frozen world of the Norse sagas to life. Immerse yourself in the blistering winter preceding Ragnarok — The Fimbul Winter! Bricksburg is in ruins and Emmet’s friends have been taken! Team up with Emmet and a host of heroic characters to save their friends from the strange inhabitants of the Systar System. Journey into outer space, discover new worlds, and test your Master Building skills.

NieR:Automata Game of the YoRHa Edition The NieR:Automata Game of the YoRHa Edition includes DLC and bonus content for the full experience of the award-winning post-apocalyptic action RPG. To defend against a surprise invasion from another world, a new breed of android infantry is sent into the fray: the YoRHa squad. The popular picture crossword series goes back to basics! Pic-a-Pix is a picture logic game, sometimes known as Picross, Nonogram or Hanjie, where whimsical pixel-art pictures are created by solving puzzles. ToeJam & Earl: Back in the Groove The iconic ‘90s duo is back in the groove with all-new presents to help them navigate this wack planet ”Earth” and retrieve all the lost pieces to the Rapmaster Rocket. Team up for co-op play to discover secret locations, hidden presents and new friends! The world is under attack from vegetables, turned evil by dastardly aliens! Answer the call and take up arms to defend the planet. Buy weapons, develop your skills and roam from city to city to take out waves of evil veggie monsters. Experience a living, breathing tabletop video game that invites the player into a miniature universe full of small adventures. It is set in beautifully handcrafted diorama battle boards, inspired by Norse mythology to honor the Vikings!