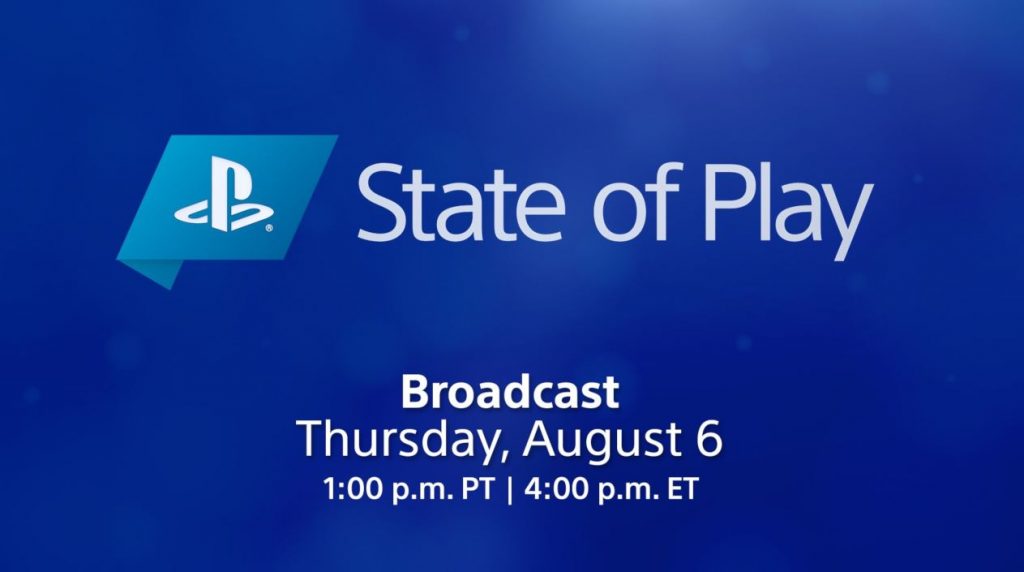 Sony has officially announced the PlayStation State of Play for August 2020 and it is taking place soon. This article will highlight the State of Play August 2020 date, start time, where to watch the show, and what titles we can expect to see.

PlayStation State of Play August 2020: Where To Watch

The August State of Play livestream will be available to watch on both Twitch and YouTube. We have embedded the livestream below for you to watch here:

PlayStation State of Play August 2020: What To Expect

The PlayStation State of Play for August will be focused on updates for already announced games coming to PS5, PS4, and PSVR. We will not be getting any major new announcements and instead will be receiving new gameplay and updates for games we already know about.

It has been confirmed that Crash Bandicoot 4 will be featured in the August State of Play show. We can also expect a brand new trailer for Resident Evil: Village, which has been rumoured to be shown sometime in August. We can also expect to see some games from the PS5 reveal that will also be coming to the PS4 this year, such as Kena: Bridge of Spirits, JETT: The Far Shore, and Bugsnax.

On top of that, we may also get some updates on AAA titles coming to PS5 this fall and how they will run on the new hardware and make use of the DualSense controller’s unique functions. We might even see some new footage of games that have been long dormant.