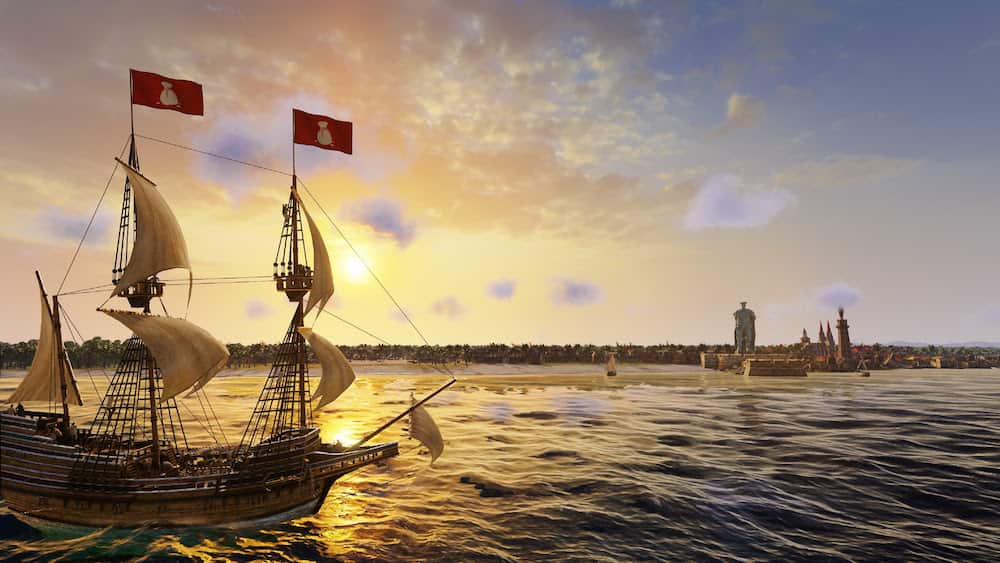 Port Royale 4, the sea-faring trade simulator from Gaming Minds Studios, is hitting PS5 and Xbox Series X/S on September 10 with a boatload of new features, publisher Kalypso Media has announced.

This upgraded version of Port Royale 4 will feature a number of features to take advantage of Sony and Microsoft’s latest hardware, including spruced up visuals in 4K resolution, Cross-Save support, and enhanced lighting effects.

Port Royale 4 on PS5 and Xbox Series X/S will also be available in two flavours — standard and Digital Deluxe — with the latter featuring exclusive content such as four lighthouses and blueprints to five parks. Furthermore, players can also pick up the Extended Edition at retail to boot.

Port Royale 4 sees players joining the might of Spain, England, France and the Netherlands as the battle for supremacy in the 17th century Caribbean. You’ll control a colony as a young and ambitious governor as you swell your settlement into a bustling trader city.

The PS5 version of the game was previously leaked via a USK listing earlier this year. Port Royale 4 was originally released on PS4, PC, Nintendo Switch, and Xbox One in September 2020.