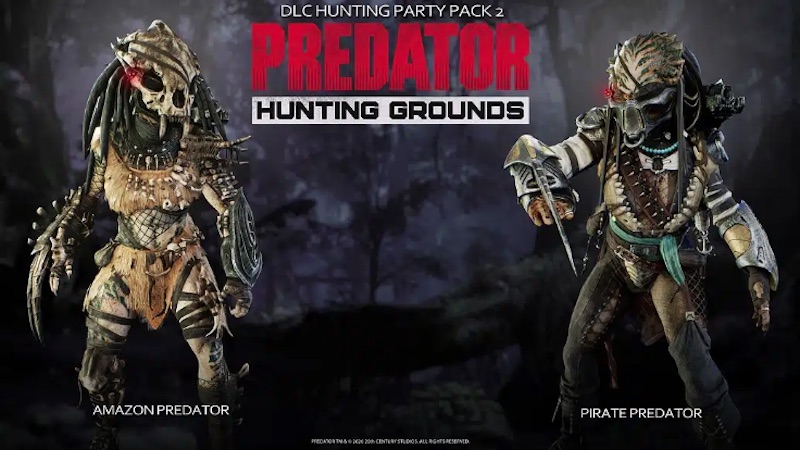 IllFonic has activated stealth camouflage and unleashed a pack of Predator Hunting Grounds update 2.44 patch notes for you to digest, which include support for the new Hunting Party Pack 2 DLC. Read more details below.

An incredibly prolific hunter first observed operating deep in the jungles of Brazil. She’s notable for her number of confirmed non-human kills, indicating she has either a resolute hunting code or is easily bored.

A rare, perhaps unique, Predator, she eschews the protection of the jungle for the challenge of the open sea. A scourge of great ocean hunters, she’s inspired more than one seafarer’s tale of monsters from the deep.

Predator Hunting Grounds was released for PS4 and PC in April 2020, and you can have a gander at our full verdict here.