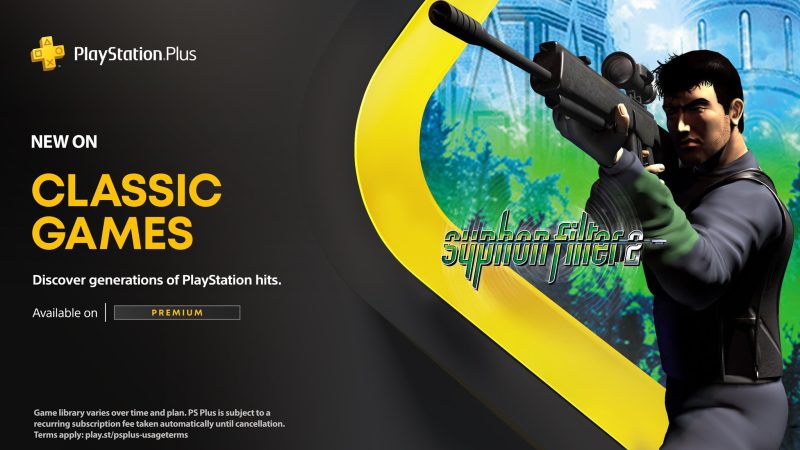 Syphon Filter 2 is the first PS Plus PSOne game to receive the ability to switch between PAL and NTSC versions of the game in European territories.

In case you haven’t been keeping up, PS Plus arrived with a number of classic PSOne games in Europe, but they were only available to run at 50Hz. This reflects the original versions of the games in PAL regions, which ran at 50Hz — 20% slower than the NTSC 60Hz releases.

While Sony did promise to allow the ability to switch between both versions, it’s only now that we’ve seen this happen — and Syphon Filter 2 is the first.

As reported by VGC, the settings menu for the stealth sequel offers the ability to switch between PAL and NTSC versions of the game. Those of you who remember the original PAL releases will also likely recall that they came with black borders, whereas the NTSC versions did not.

Speaking of Syphon Filter 2, the game also features unlockable Trophies, something which we hope Sony will integrate into future classics.