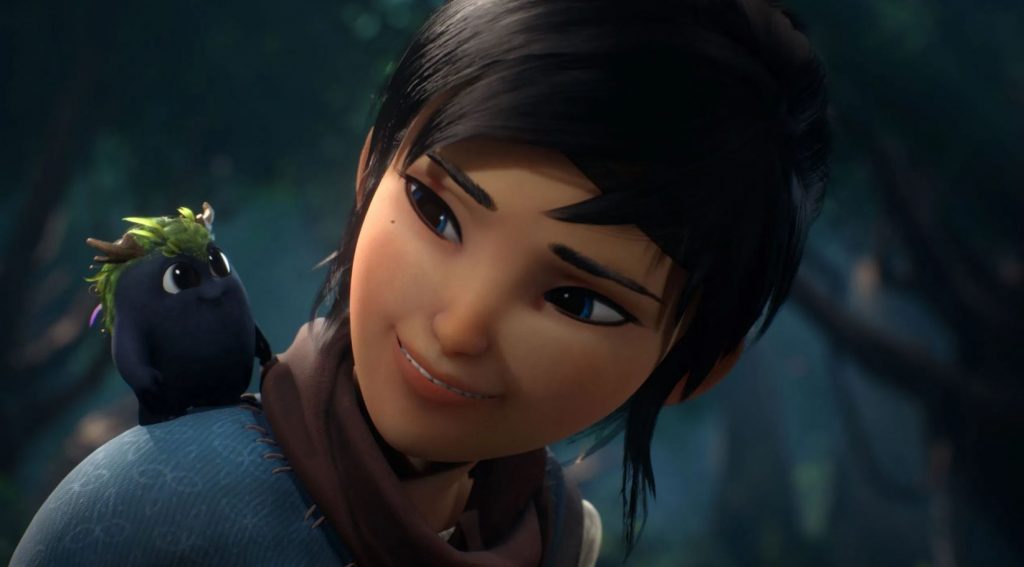 PS5 title Kena: Bridge Of Spirits has had some new details revealed in a developer interview today.

During IGN’s Summer of Gaming digital showcase early today the developers went into some more detail about the title. Kena is known as a spirit guide and discovers a lot of spirits are trapped because of corruption spreading throughout the land.

She must use her staff, which is also important to the game’s story, in combat to attack, create a shield around herself, and transform it into a bow for long-range combat.

As you clear out corruption, the land will change and open up allowing you to find new paths and challenges. The Raht (we think this is how it’s spelt) are the small black creatures that help Kena on her journey.

We don’t know all of their abilities but one that was talked about saw them picking up and carrying objects around. They can also be used in combat to perform power spectacle attacks.

You can check out the interview video below

The title, developed by Ember Lab, was showcased at the PS5 Games reveal last month and was a surprise hit with fans, drawing a lot of comparisons to Nintendo’s Pikmin and people loving the art style.

Kena: Bridge of Spirits is coming to PS5 and PS4 this Holiday.