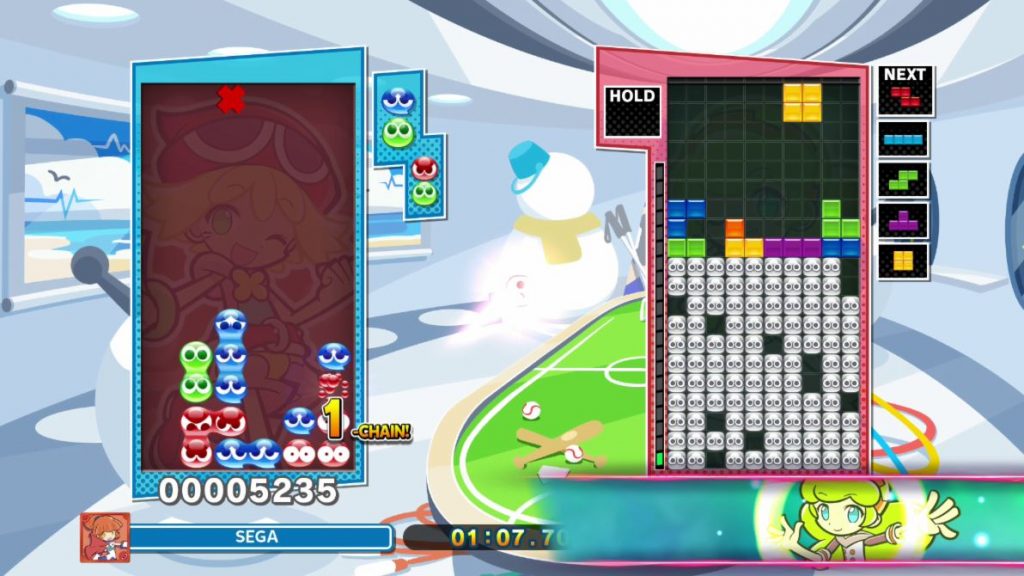 SEGA‘s Puyo-Puyo Tetris 2, which is set to release on December 8, just received a new trailer showcasing a new adventure mode along with announcing that PS4 players can upgrade to the PS5 version for free, on launch. You can watch the trailer here:

The Adventure Mode will feature Ringo and Tee on their journey to save the world from a dark corruption. Along for the ride is a returning cast of characters from Puyo-Puyo Tetris past and some new characters are thrown into the mix as well. The new mode will also feature an overworld map and skill battles which lets players choose their preferred way of playing Puyo-Puyo Tetris to earn experience points, level up their characters, and play around with difficulty settings to give themselves an even greater challenge if they so desire.

Finally, a string of unlockable item cards will also be included, each of which gives players special abilities which are key for skill battles. New playable characters, backgrounds, and bonus stages can also be unlocked through playing the Adventure mode and with in-game currency from the store. The free PS5 upgrade will be available for those that buy the game digitally on the PlayStation Store or at a retailer.

You can watch the Puyo Puyo Tetris 2 Adventure mode trailer below: