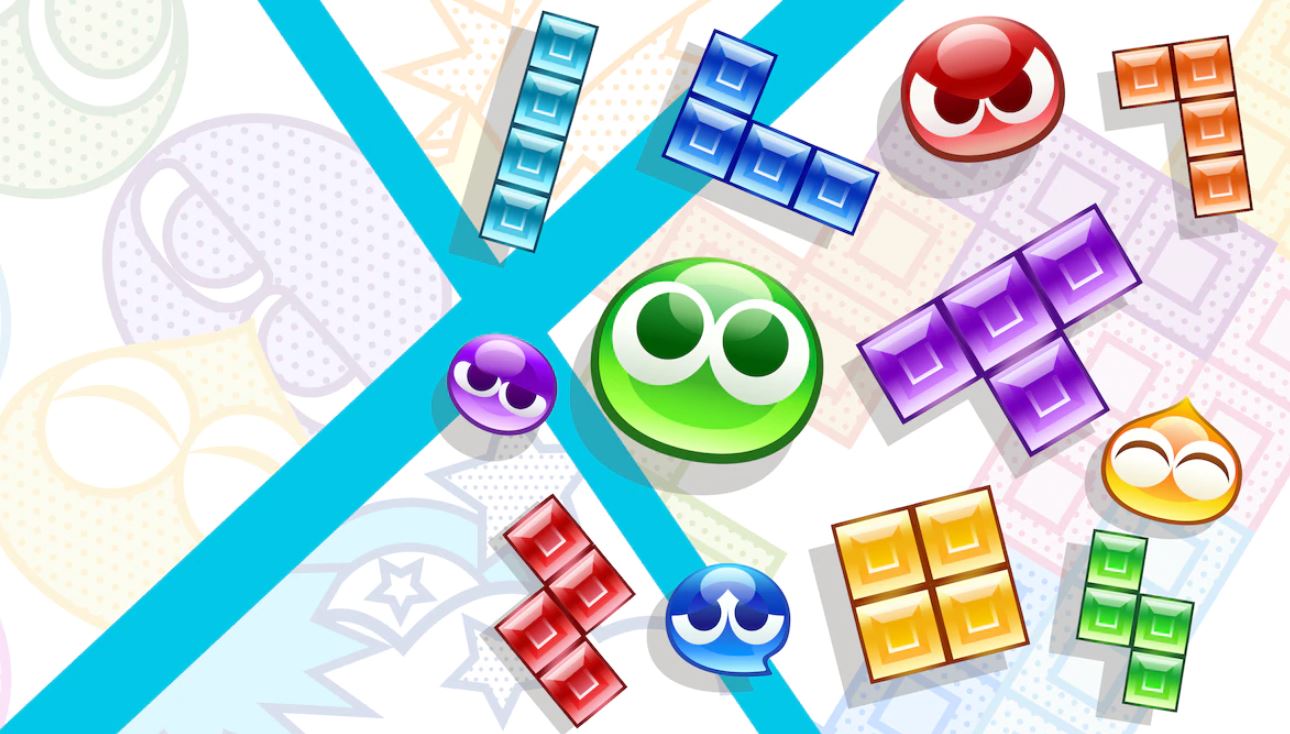 Puyo Puyo Tetris 2 PS4 Review – As I suspected during my preview of Puyo Puyo Tetris 2 last month, the full game of this puzzler is very much more of the same but bigger and sometimes better. It’s also prone to being hard as concrete coated in sticky toffee, which remains simultaneously enticing and frustrating.

As with its predecessor, under the candy-coloured surface of Puyo Puyo Tetris 2 lies a cruel and heartless monster. This second attempt at a seemingly twee fusion of two great puzzle games is all fun and games until an A.I. rival pulls off a genius-level line clear combo that drops a load of lines/blobs on your side of the screen, flipping the game you were confidently winning seconds ago.

A Combination You Can Craft

Even in the early stages, Puyo Puyo Tetris 2 draws you in with a belief that this is a shiny happy kid-friendly experience, where challenge will be minimal. After all, it has a selection of cute and colorful characters who all talk in very child-friendly voices.

It even plays pleasantly most of the time too. Like Puyo Puyo? It plays a good game of that. Like Tetris? It’s very much Tetris, and that’s always fantastic. When it mixes the two up like it did in the first game? Also great. Make no mistake, there is plenty of pleasant puzzle fun to be had. It’s just that sometimes, a difficulty spike will hit you out of nowhere and ruin that fun for a bit.

I’ve played plenty of both puzzlers over the years and Puyo Puyo has always been the tougher of the two to master. Tetris has such simple shapes to line up that it comes as second nature, whereas Puyo Puyo’s match 4 is a little more complex.

As before, you can decide from the off if you want to play the fusion of the two or just one of them, and then take that into a variety of game modes. 2017’s original game showed that the best part of the package comes when the two modes smoosh together.

A Mode Of Your Choosing

The Swap mode (arguably the best of all the modes in the original game) for instance, juggles you and your opponent between a Tetris game and a Puyo Puyo game. It’s the same frenetic treat in multiplayer as it was before. In fact, everything that was here before returns, and apart from one notable exception, is precisely as it was, for better or worse.

The exception is the new Skill Battle mode. In Skill Battle mode you have a team of three characters (which are earned by progressing through Adventure mode alongside item cards that boost stats) all of which have their own abilities to bring to the party. You face off against an opponent’s side and can use your abilities (which range from health replenishment to transforming your shapes) in Tetris or Puyo Puyo with MP just like in an RPG.

This means you can’t just blast out your abilities to stifle an opponent, you must bide your time and deploy them when absolutely necessary. Against a human, this is a fine addition to Puyo Puyo Tetris. Against the A.I. it’s hit and miss. Learning the ropes sees you handed your backside more than a few times.

Handily, you can skip Adventure battles if they prove too infuriating, but it has to be said that the satisfaction of the puzzle loop, and the fact that loading into anything is very quick, gives a compelling reason to butt your head against the problem time and time again, even if it does compel you to turn your controller into a boomerang.

Adventure mode’s other failing brought back with a vengeance from the original is the characters’ voices. Having a variety of cutesy characters is perfectly fine, they only amplify the cheery nature of the game’s aesthetic. The voices though? There’s so much dopey and/or high-pitched baby talk throughout, and it only ever made me want to skip the scenes between levels. Your tolerance may vary, but for me, it’s just a bit too large of a saccharine intake.

A Solid Puzzler, That Isn’t Quite As Fresh As When It Debuted

Puyo Puyo Tetris 2’s premise is not as fresh and inventive as it was in the original three years ago, and there’s not a great deal of change to it either, but it’s still a very good puzzler at its core, with a compelling array of versus content. Skill Battle brings a fresh spin on the puzzle game mashup, and Adventure Mode’s expansion kicks the longevity up a notch. It will often frustrate you, perhaps make your ears bleed with its babyish babble, but the latest offering from SEGA just about worth it.

While Puyo Puyo Tetris 2 doesn’t quite fix the original game’s difficulty spikes, and rarely steps outside its comfort zone, it does make enough improvements to its formula to make it a successful sequel. It may not be the fresh and inventive breakout puzzle hit its predecessor was, but it’s still undoubtedly a cracking blend of two fantastic puzzle games.