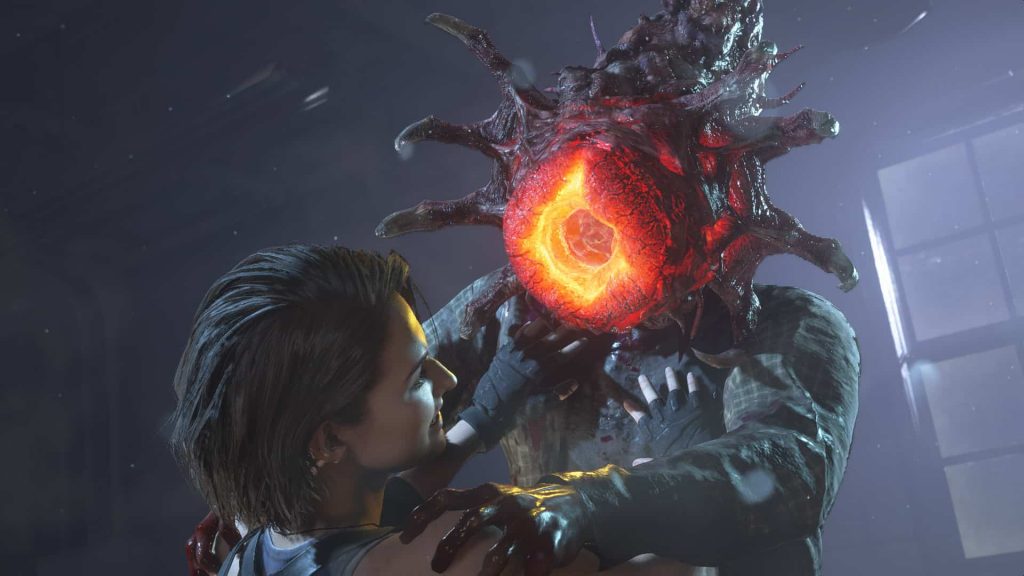 Capcon has revealed that it implemented new changes to the Resident Evil 3 remake in order to better link the game to Resident Evil 4. Since it’s rumored to also be working on a Resident Evil 4 remake, this decision hardly comes as a surprise.

Veteran fans will probably have guessed what these changes are, but for the record, it’s regarding the Nemesis-infected zombies. These guys show up during the Downtown section of Resident Evil 3 remake, and feature parasite-like entities growing on their head, making them look and behave similar to the Los Ganados from Resident Evil 4.

Here’s what members of the development team had to say on the PlayStation Blog:

We inevitably decided on [Nemesis’] final ability due to the presence of Ganado in Resident Evil 4. Ganado are humanoid enemies that are created through being infected with the Plagas parasite, the original basis for NE-α.

We wanted NE-α infected enemies to be visually similar to the Plagas-infected Ganados as a means for fans to piece together how Nemesis fits within the whole Resident Evil franchise.

Instead, Albert Wesker and Ada Wong, who are working to revive Umbrella in 2004, are on the hunt for the Las Plagas, as depicted in the side story, Separate Ways. It is never mentioned that the Nemesis parasite is at all link to Las Plagas.

Capcom is rumored to be working on a Resident Evil 4 remake that is supposedly going to be released in 2022.