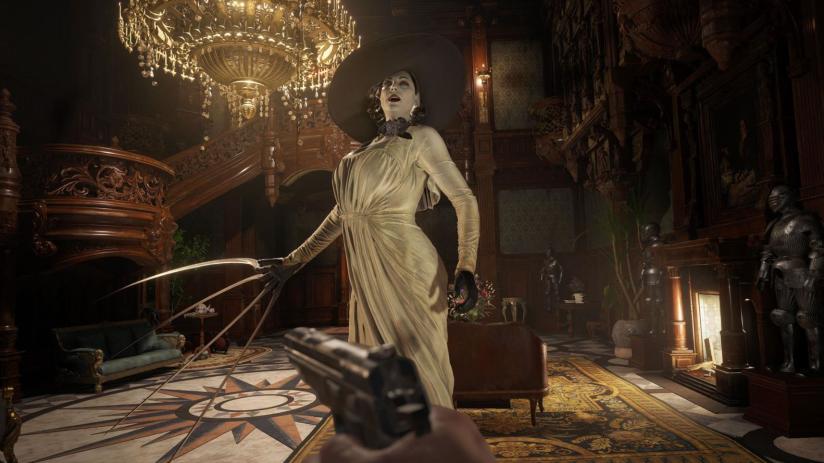 The PlayStation Blog has gone live with some new details on Resident Evil Village, confirming the fan-favourite Lady Dimitrescu will in fact stalk Ethan Winters through the corridors of her sprawling castle, similar to how Mr. X operated in Resident Evil 2 Remake.

Colloquially named Vampire Lady by fans, Lady Dimitrescu will pursue Ethan at a leisurely pace and brandishes a mean-looking clawed hand when she gets within striking distance. It’s not yet known if you are able to injure her to bring her down temporarily, although the blog post suggests running away.

Up until now it wasn’t known how the towering antagonist would be implemented as far as gameplay is concerned, but she at least appears to be a stalking enemy at some points during the game.

Amusingly, she’s too tall to follow you through doorways without ducking down, again similar to Mr. X and the Nemesis.

Resident Evil Village is scheduled for release on PS5, PS4, PC, Xbox Series X/S and Xbox One on May 7, 2021. Capcom confirmed during its latest showcase that the survival horror sequel will see the return of the Mercenaries mini-game, and debuted a brand new trailer to boot.