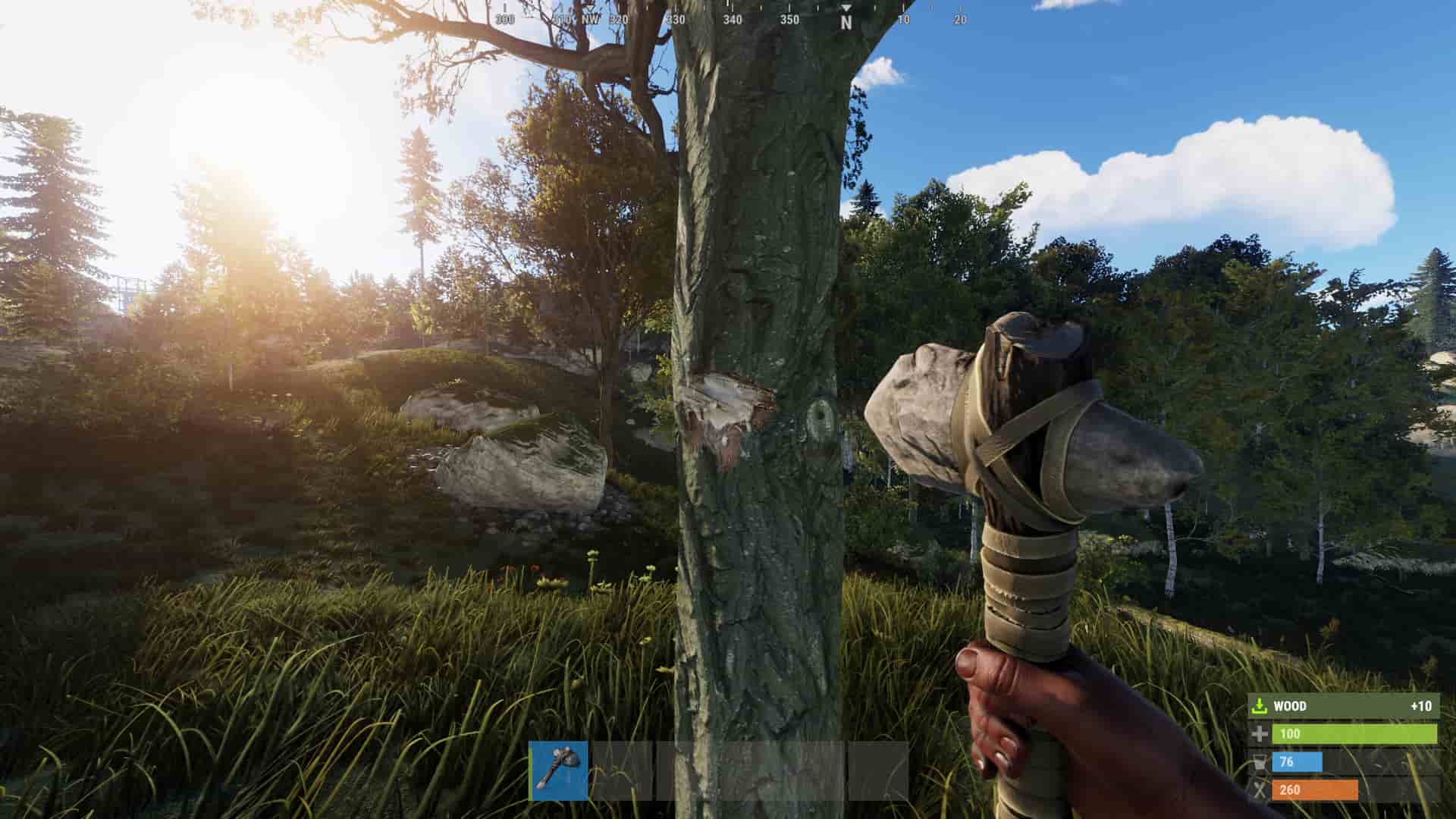 The ESRB has posted up a rating of Rust for the PS4 and Xbox One, confirming the long-awaited console release of the game is still in the pipeline following its delay. However, the rating does seem to imply that Rust won’t be heading to PS5 and Xbox Series X/S.

Here’s a description of the rating:

This is a multiplayer first-person survival game in which players compete to survive in a hostile environment. Players explore the open-world environment, gather resources, create weapons (e.g., spears, machine guns, explosives), and defend themselves from wild animals and other players.

Players can attack and kill enemies in frenetic combat, with successful hits resulting in large splashes of blood. Players can keep shooting animals or humans on the ground (i.e., postmortem damage), accompanied by large blood-splatter effects.

Battles are highlighted by realistic gunfire and explosions. When human enemies are killed, they can be harvested for body parts and cooked for food.

Rust was announced for the PS4 and Xbox One back in November 2019, and was initially scheduled to arrive in 2020. However, that didn’t happen, and the game was postponed into 2021, although a concrete release date hasn’t been announced.