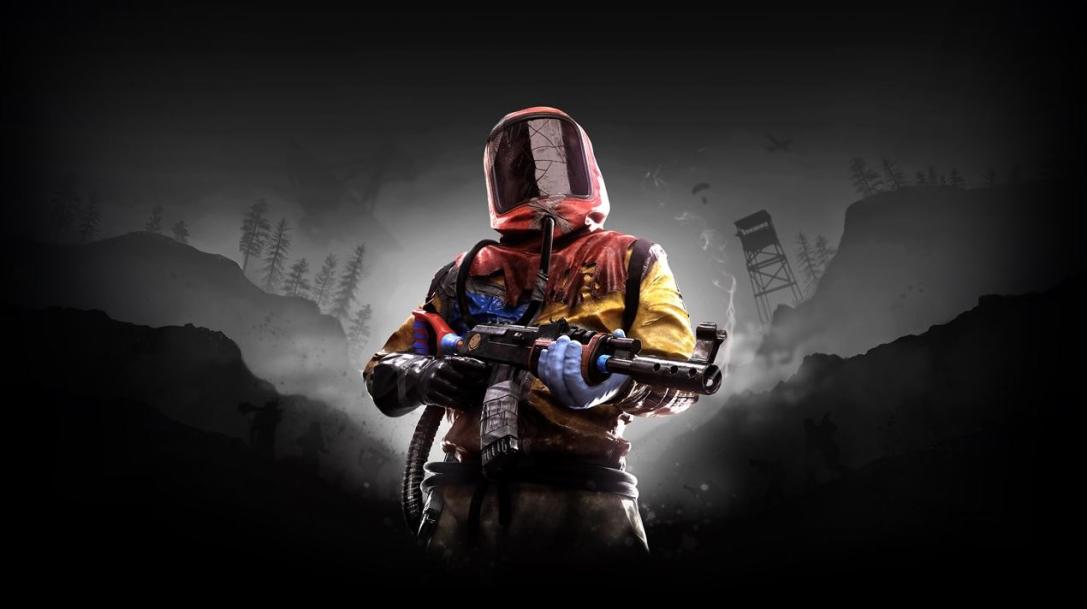 Rust Console Edition PS4 review. PS4 is finally welcomed to the world of Rust. A world where interactions are hostile by default unless you get lucky enough to find a kind, passive stranger or hang out in your own bubble. A place where those who already have everything feign generosity before exiling anyone they perceive as a threat. A land of being battered by randoms simply because you exist.

Yet the satisfaction that can be gleaned from it is inexplicably there. Rust beats you down and shouts at you for daring to try and survive, it compels you to come back again in the hope of just one more dopamine hit of small success. Safe to say if you’re looking for something else like Twitter in your life, Rust is very much for you.

Rust is a multiplayer-only survival game with a clear and true message; survive at any cost. Dropped on a mysterious island wilderness with nothing more than a primitive torch and a hefty rock for bashing things, you must gather food, scraps, and materials to eke out an existence on the same map as up to 99 other players who are all in the same situation. Each server has a relatively short lifespan so there’s no long game to Rust. You can only ‘win’ by surviving the best (i.e. having a nice big base, defenses, great gear, and the best weapons). 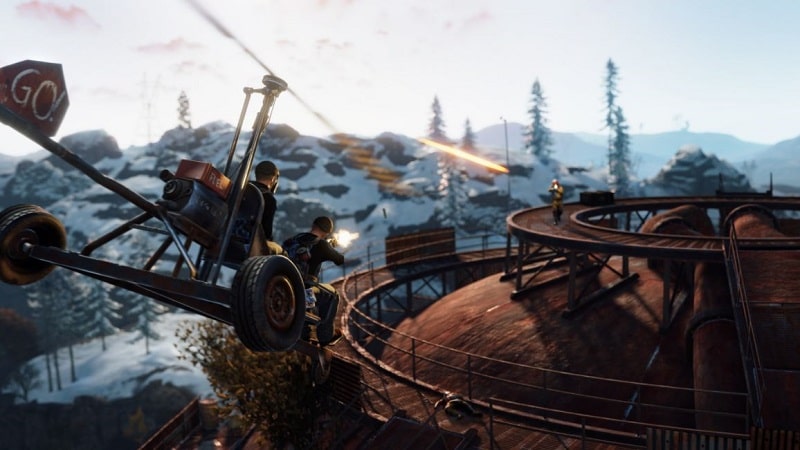 It’s unsurprising that when Rust first emerged in Early Access eight years ago, it was inspired by DayZ’s brutal multiplayer survival and the base and item creation of Minecraft. The inspirations are still just as clear today despite many tweaks and changes to the original concept over the years. The way Rust expands on those ideas is where it truly separates itself.

The first hours playing Rust, like any good survival game, barely scratch the surface of what Rust actually is. When you die, whether it be from hunger, cold, or bleeding out from any number of threats, you lose everything in your possession bar the aforementioned torch and rock. Given that other players are hostile to anyone else a good 90% of the time, much of your initial experience with Rust will be making it a few hundred feet, finding a few bits and bobs, and getting pegged by the arrow of Douchebagz4Lyfe92 because you strayed a bit too close to their pumpkin patch.

It can understandably be quite frustrating, especially once you survive long enough to figure out how to build a small home with a lock on the door and harvest just enough food to get your health up, and obtain enough materials to fashion some actual tools only to be hit by a raiding party. The best early game tip for Rust is to make a sleeping bag when you can and find a good secluded spot near where you want to set up home so you can respawn closer than the game would otherwise allow. 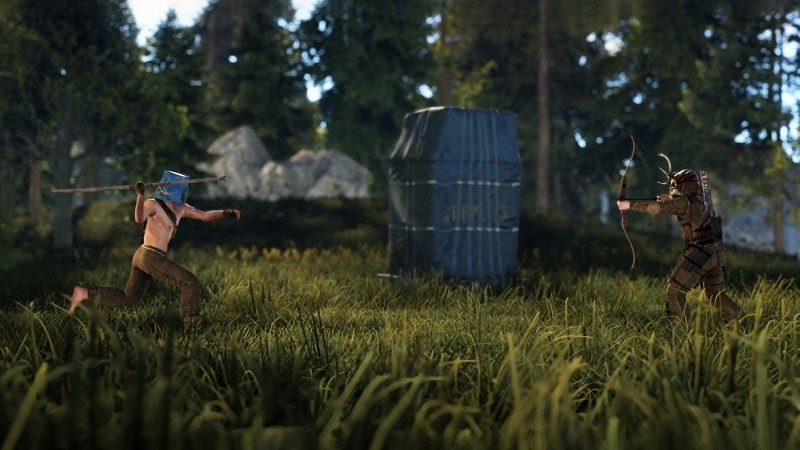 Death is somewhat inevitable, and learning from it is essential. It feels unfair to be constantly battered by others, but you need to understand quite quickly that Rust makes it this way on purpose. Everyone else is out to survive just like you, and much in the same way players in a Battle Royale generally congregate around the busiest areas to try and get the best gear as quickly as possible, players in Rust will do the same to ensure they don’t get caught in that vicious cycle of repeating the same few opening steps over and over again.

There’s no doubt that it’s depressing to get murdered again and again when you just want to exist in peace, but I’ll say this; Rust’s setup allows for a variety of madcap interactions with others, and there’s a genuine thrill in not knowing how the person in front of you is going to behave. Voice communication is important in quickly establishing your intentions before an encounter turns unnecessarily deadly and the implementation of voice chat is smartly done.

When you’re within range of players with their mics on, you can hear them talking to each other. It’s a nice heads up on where to avoid if you’re underprepared and a good way to get an idea of the number of targets should you be on the more powerful side. 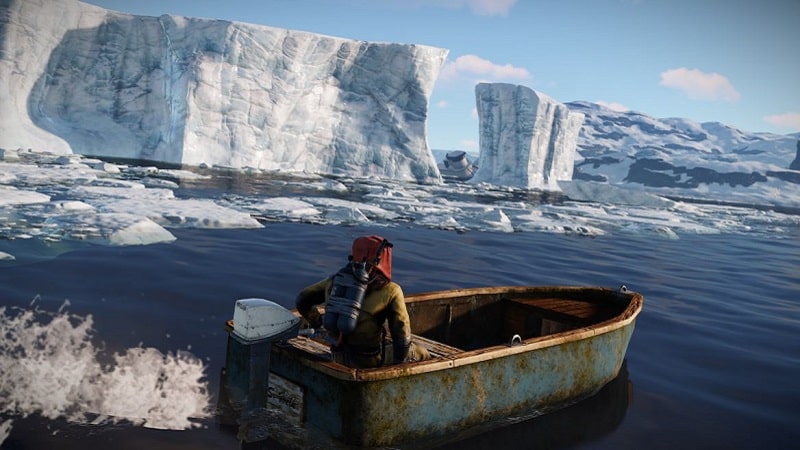 As hostile as Rust can be, there’s a huge incentive to joining together with others to form clans. As more players begin to obtain a large number of the map’s resources and build bigger bases, the more you see alliances rather than confrontation between them. Just as you’ve gotten used to the relative safety of your upgraded stone house with a locked door, in comes a raiding party to mess your shit up. Organizing a safe setup with your own group becomes increasingly necessary as the server reaches its final stretch of time and again, throws up some interesting dynamics.

I befriended a group of fellow fresh-faced players in one server, and we agreed, quite civilly, to make our homes in close proximity. We spent to first two days building up a small community, planting plenty of seeds for hemp and pumpkins to allow for a supply of food and cloth. During the day we’d split into smaller groups to go off foraging for better things at one of the map’s landmarks, watching each other’s backs for rival players and the island’s other threats (there’s bears, wolves, and radiation-suited soldiers dotted about the place).

We got to the point we had the equipment to head of into previously inaccessible biomes (such as the extremely cold areas and those afflicted by radiation) and were using fuelled boats and other vehicles to go even further afield. We were also quite aware of the other burgeoning clan off to the West of us, but let them alone as they weren’t encroaching on our turf. 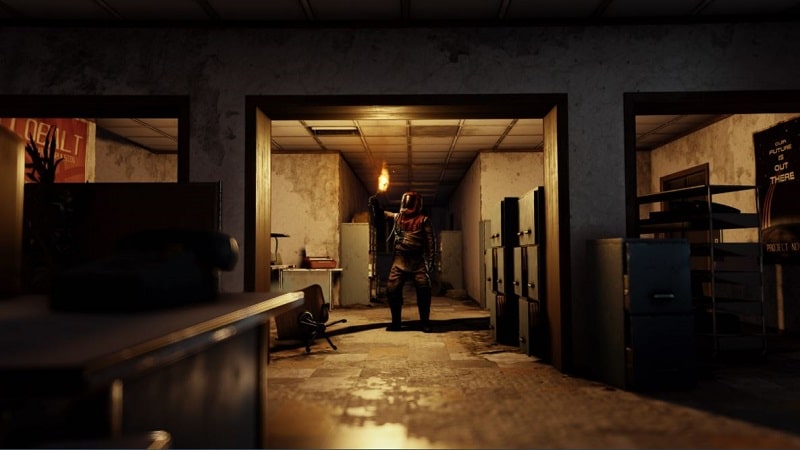 One night they decided the island wasn’t big enough for two successful clans and raided our commune with devastating results. We lost a lot (thankfully you can stash boxes of emergency supplies away so you don’t start with nothing), and regrouped to a new location with the plan to hit them back when we sufficiently recovered. The other group, of course, expected this of us, and were more than ready with automated guns and near-impenetrable domiciles.

We had lost the map because, despite the fact we were all very aware of how dirty players can get in Rust, we didn’t plan for it properly. It felt unjust, but the reason for our collective failure was on us alone. There was a strange satisfaction in this failure.

Rust is all about the experience, and whether you have the patience to enjoy the frustration, despair, and surprising warmth it offers. It’s no graphical showcase (it runs well enough, if a little shaky when connections are poor, but it’s otherwise visually similar in quality to PUBG or DayZ), but each variation of the map holds a consistent, solid design ethos. The audio work is good, with its smart implementation of voice chat and some ominous, haunting musical lilts accompanying certain encounters and discoveries. 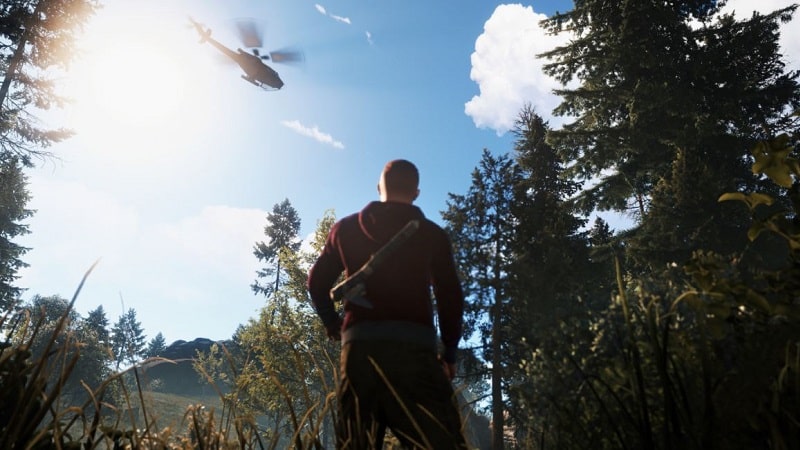 They aren’t the meat of what Rust is about though. Rust is a scramble to survive and consolidate before time is called and it creates a rich and varied amount of player interactions and organic moments as a result. If there’s a criticism to be had about its overall ‘King of the Hill’ objective, it’s that it doesn’t really go beyond that.

There’s some mystery to the island, but not a lot to it except exploring the key landmarks. Go in on Rust’s terms, however, rather than a perception of what it appears to be, and you’ll likely get a lot more out of it. It’s fascinating in a way no other survival game is, and for once, it works because it positively encourages players to behave like self-serving bastards online.

Rust is available now on PS4 and is playable on PS5 via backwards compatibility.

Rust is an unflinching multiplayer survival game that requires endurance and patience in order to really unlock its potential. The dynamics it creates in terms of player interaction are endlessly fascinating and prove to be a real boon for organic narrative flashpoints between players. Its pure multiplayer focus does mean it doesn’t have what you’d call a traditional endgame, but it more than makes up for that with the unpredictability its social design brings.