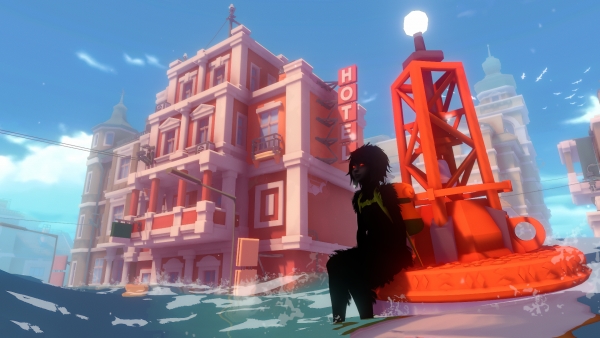 Jo-Mei Games and Electronic Arts have lifted the veil on the Sea of Solitude release date, confirming the game will hit PlayStation 4, PC, and Xbox One worldwide on July 5. The title forms part of the EA Originals initiative, which aims to give independent developers a chance at getting their talent noticed with the backing of a triple-A publisher.

Speaking in light of the Sea of Solitude release date news, Jo-Mei Games’ CEO, Cornelia Goeppert, commented: “Sea of Solitude centers on the essence of loneliness and tugs on the heartstrings of its players by mirroring their own reality. It’s by far the most artistic and personal project I’ve ever created, written during a very emotional time in my life.”

“Designing characters based on emotions was a deeply personal achievement for our team and we’re so excited for players to soon experience Kay’s powerful story of self-discovery and healing.”

Boasting an emotionally-charged storyline, Sea of Solitude features an evocative art style and follows the path of Kay, a young woman embarking on a deeply personal journey to overcome inner loneliness. Players will visit a flooded city where the waters rise and fall, reflecting Kay’s current state of mind, revealing ‘fantastical’ creatures in the process that you’ll be able to learn about on your adventure.

Along the way, you’ll unlock new areas by completing emotional challenges and injecting light and colour into the dark, bleak landscape. “Through unique encounters with a variety of beautiful and terrifying monsters, Kay will discover why her loneliness has turned her into a monster and what it will take to change back to a human,” the press blurb adds.

Sea of Solitude was named by the New York Times as one of many recent video games to tackle the subject of mental health, which we’ve previously seen in titles such as Hellblade: Senua’s Sacrifice.

Check out a new trailer for Sea of Solitude below.