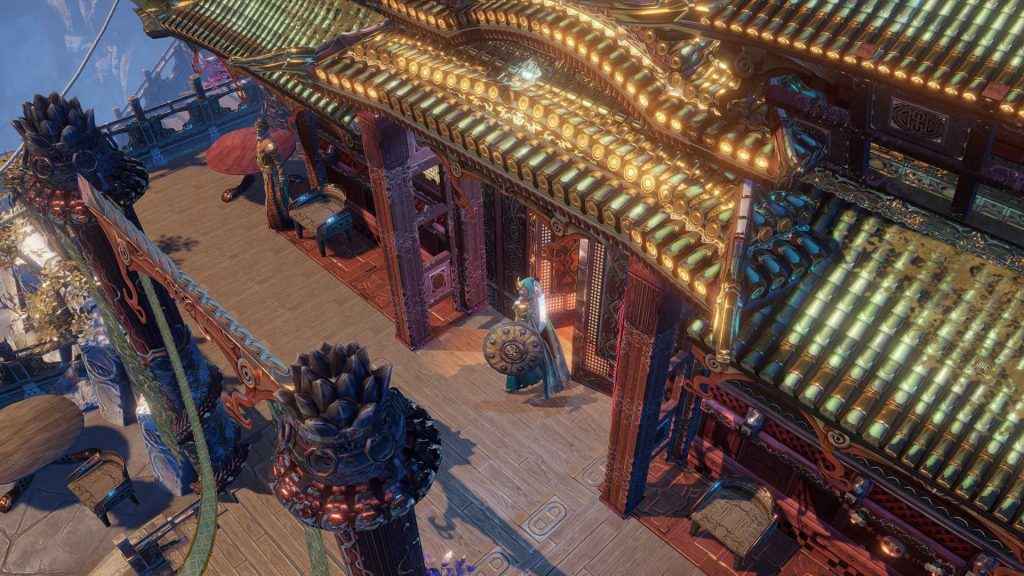 The Shadows Awakening Legendary Armor Pack and The Chormaton Chronicles DLC is now available to download on PS4 and Xbox One.

Following its release on PC earlier this year, the new DLC takes players to a new location on the northern edge of Thole where you’ll enter the Arcanum Laboratory. Alongside more puzzles and quests to complete, your goal is to the find out more about the some of the magical experiments that have been conducted.

In The Chromaton Chronicles, the Devourer and his puppets will brave the Arcanum Laboratory; a stern challenge for even the most battle-hardened souls as you quest to gather intel about the remnants of the controversial experiments carried out in the latter days of Thole. Unleash the tortured spirits of the Tholean mages and follow their trail through the shadows to finally unveil their sinister intentions. Along the way, you’ll also assemble the missing pieces of the Chromaton Heart and breathe life into the Chromaton Golem: a powerful, all-new puppet with devastating skills. Whether you’re starting a fresh adventure or returning to Thole at a later point in the story, players at all stages of the game will be able to start the DLC and obtain their powerful new warrior.