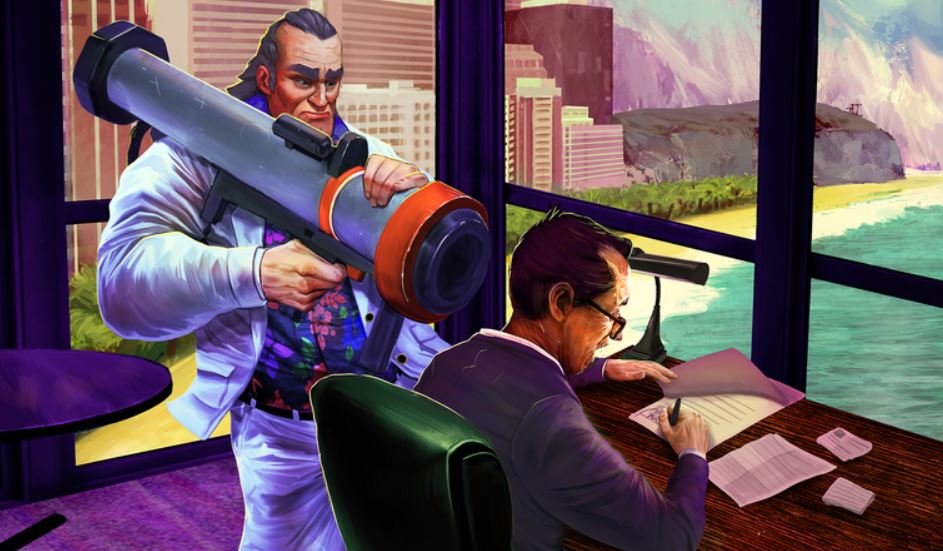 VBlank Entertainment has announced that its indie title, Shakedown: Hawaii, which is available on more platforms than you can count, will launch for PS5 tomorrow, December 15, 2020, with a host of new features.

All of the updates to the game which have already been released are included in this version, alongside a new difficulty mode. DualSense support is included, with weapons feeling distinct on Sony’s new console thanks to Haptic Feedback and Adaptive Triggers. An expanded trophy set has also been added, with a Platinum trophy for the first time.

The game will also support PS5’s activity cards, displaying your story progress and allowing you to hop straight into where you left off. And, if you own the game already on PS4, PS3, or PS Vita, you get it on PS5.

Shakedown: Hawaii released last year for a number of platforms and we reviewed it on PS4 stating “Shakedown: Hawaii builds on its predecessor by improving its visuals and music massively. It does keep the unique humour, story and over the top action though, while the city building systems are a welcomed addition and I feel most players will enjoy what’s on offer.” You can read our review here.