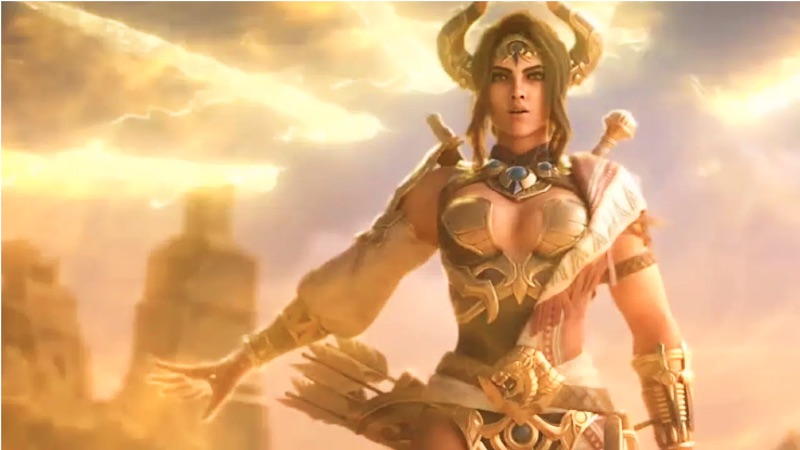 Hi-Rez Studios has lifted the wraps off the Smite update 12.25 patch notes for your viewing pleasure, which comes with a heap of fresh content including a new Goddess, skins and community avatars. Read up on the patch here, otherwise known as Smite update 9.8.

Goddess of Love and War

This year’s Odyssey we are taking it to the skies! Join us as we embark on new voyages on floating islands! There is also a NEW territory called Chibiland, where you can quest for hilarious cosmetic items! Make sure you find the three Floofs scattered across the Soaring Isles to unlock Chibiland! Let the adventure begin!

Return to Base Death Mark

The Community Calendar Event is back! To celebrate our amazing SMITE Community, you can earn rewards just for playing SMITE!

For two weeks, simply log in and play 1 game of SMITE each day to earn your reward!

Earn at least 6 of these rewards and you will unlock the Dapper Baron Samedi Skin!

The level 15 Support starter items have returned! These items now have the proper restrictions in place to prevent them from being abused by other roles. Players will now need to be the lowest gold on their team in order to get the bonus gold. The lower upgrade level will give supports an extra edge in the late game.

The new Earring Items set some high expectations but ultimately proved to be underpowered in practice. For this update we implemented a new round of testing that included influencers, olympians, and pro players getting their hands on the content early, but we still learned so much more once these items went to live servers. We are going to be doing pretty heavy stat adjustments to all of these items with the primary goals of buffing them and better fitting them to the class/roles that will want them.

Of all the changes in Mid-Season, Sphinx’s Baubles got the most discussion. Community feedback toward this item rapidly changed from overpowered and game breaking to niche and undertuned. Ultimately we agreed that the 60% CDR threshold is just too intense, especially when combined with other CDR cap dodging items like Chronos’ Pendant or Bumba’s Hammer, so we will be leaving the item at that passive stat. However, we are changing the stats and downside of this item to entirely remove the damage reduction and replacing it with a protection reduction. This will make the item a more powerful choice for Mages who want to trade off some stats for more CDR, and will make this item a heavier tradeoff for tanks. We are taking the most cautious route with this item in the tree because of its ability to potentially warp the entire meta, we will continue to buff it as needed but incrementally over time.

The Griffonwing Earrings passive effect was generally undervalued by players. To better balance that out we are removing the downside entirely. Building this item already comes at a significant cost in that you do not get another strong Hunter item passive that is available to you. We are also buffing the Magical Power on this item to ensure its a reasonable option for Mage ADCs in addition to Hunters.

The “pickups” side of the tree is seeing a big stat shift toward protections, so the Tier 2 item is also being adjusted to flow into those stats. Fae Blessed Hoops will now provide Magical Protections and CDR to make it a better option for healing guardians or healing mages flexing their build paths in more casual modes. Overall these two stats should be a significant increase in total value compared to the lost HP5.

Manticore’s Spike is seeing a similar shift as the Fae Blessed Hoops, gaining both types of protections to hopefully be a true contender in Support Builds. We are also buffing the item’s passive in multiple ways to increase the items usability and potency.

Mages have slowly been working their way back into the meta, although Hunters are still overshadowing them in many ways, sometimes even in the Mid Lane. This update is bringing a few different changes to boost Mage itemization across the board. First, flat penetration items are seeing a cost decrease to make sure they can be effective in the early game. Next, Rod of Tahuti and its upgrades is getting back some more Magical Power to help it better compete with the other top end mage items. As a treat, we are also making a small change to Polynomicon to make this fringe item a bit more powerful, although it would still be expected to remain as a fringe item.