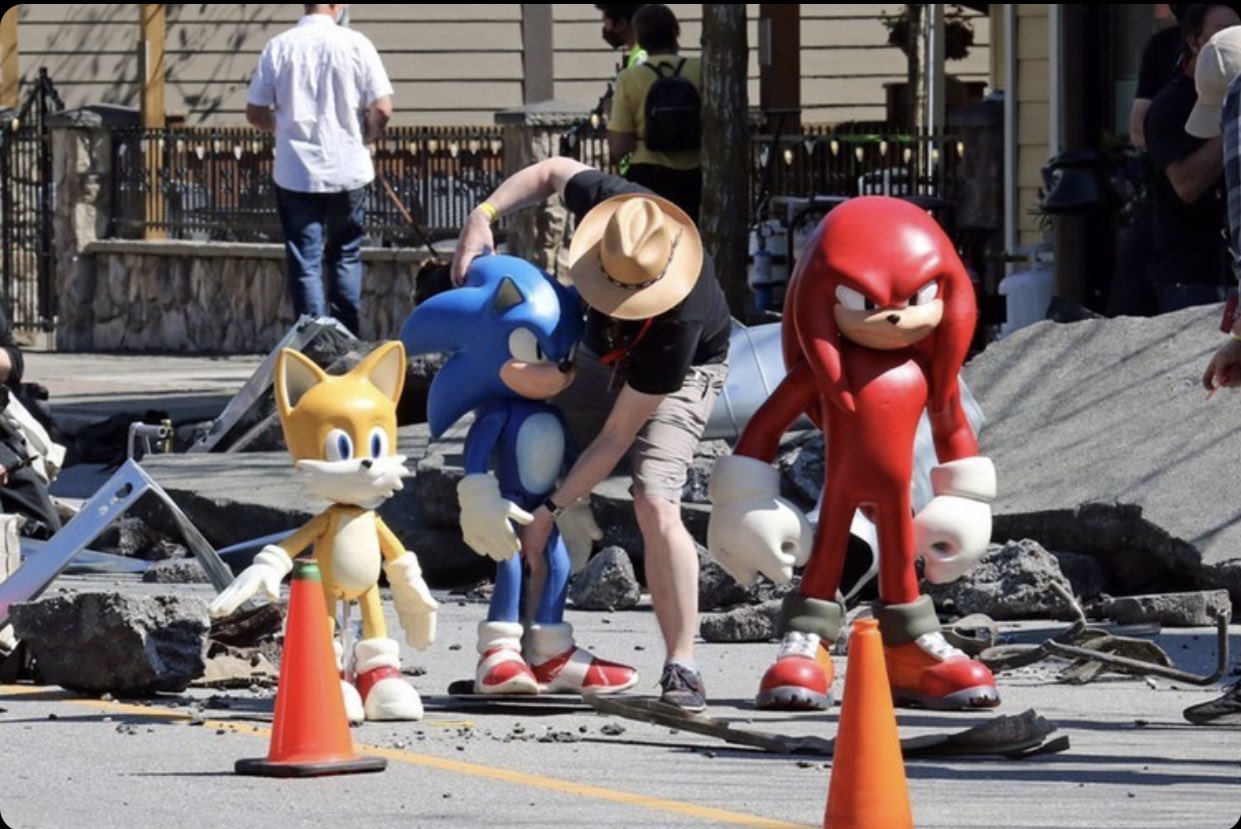 Filming is currently underway on the Sonic the Hedgehog 2 movie, and photos from the set have revealed our first look at Knuckles and Tails via some life-sized props for the iconic characters.

While Tails was already confirmed to be in the movie alongside the official title (the character also showed up at the end of the first movie), Knuckles wasn’t officially announced at the time. However, from the look of things, the muscle-bound Echidna will be showing up in the film.

Whoa! Looks like it isn’t just Tails joining the cast of Sonic the Hedgehog 2! Knuckles the Red Echidna was spotted at a set photo that got released today! Are you team Blue or team Red? 🔵🔴 #sonicthehedgehog2 #secretlyteamorange🟠 pic.twitter.com/MrX31V2qbv

Sonic the Hedgehog 2 is scheduled for release in cinemas on April 8, 2022. The film will see the return of a number of cast members from the first movie, including James Marsden (Tom Wachowski), Jim Carrey (Dr. Robotnik), Tika Sumpter (Maddie Wachowski) and Ben Schwartz (Sonic the Hedgehog).

The original Sonic the Hedgehog launched in early 2020 and grossed $319.7 million worldwide.