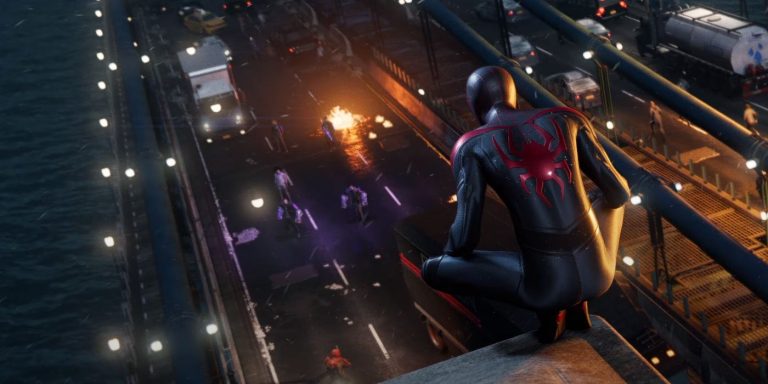 Marvel’s Spider-Man: Miles Morales developer Insomniac Games has web-shot a heap of stats for the superhero title in our direction this afternoon, revealing that players have notched up some pretty incredible milestones, including beating over seven billion enemies.

The stats were posted on Twitter, and reveal that Spider-Man: Miles Morales players stopped a staggering 190 million-plus crimes, collectively spent 11,000 years of playtime, taken the subway 62 million times, and much more beyond that.

Check out the full stats below.

Celebrate the fan-created Spider-Man Day event with us, true believers! You collectively spent over 11,000 years swinging through the streets in Marvel's Spider-Man: Miles Morales! Thanks for playing.#MilesMoralesPS4 #MilesMoralesPS5 pic.twitter.com/v9kKpQtMm3

Spider-Man: Miles Morales was released alongside the PS5 at launch back in November 2020, and also arrived on the PS4 on the same day. The game proved a massive success, with Sony revealing last month that the game had moved 6.5 million copies worldwide.

A recent update for the web-slinging superhero title improved the game’s ray-tracing effects on PS5 – not that Miles Morales wasn’t a looker to begin with, mind.