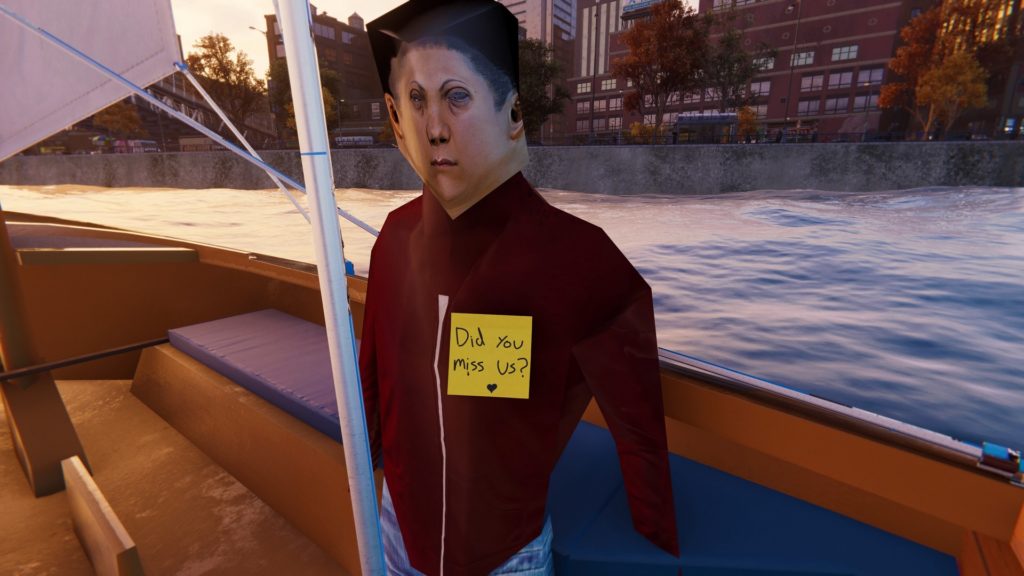 Remember the dodgy-looking NPCs from the boat in Marvel’s Spider-Man on PS4? Well, Spider-Man Remastered PS5 has decided to acknowledge their legendary status among players with a cheeky new Easter egg!

If you’re wondering what we’re on about, Marvel’s Spider-Man featured background characters on a boat that were rendered in extremely low polygons, as you weren’t really meant to see them up close. However, thanks to some trickery with the game’s Photo Mode, it was possible to see them clearly, and the sights are pretty hilarious.

Insomniac Games was only too well aware of their infamy among fans, and so they’ve had a bit of fun with them in the newly-remastered PS5 version of the web-slinger’s acclaimed adventure.

Have a gander at one of the boat people below – next-gen is here, folks!

Read our review of Spider-Man Remastered for the PS5 here, which comes with the Ultimate Edition of Spider-Man: Miles Morales.