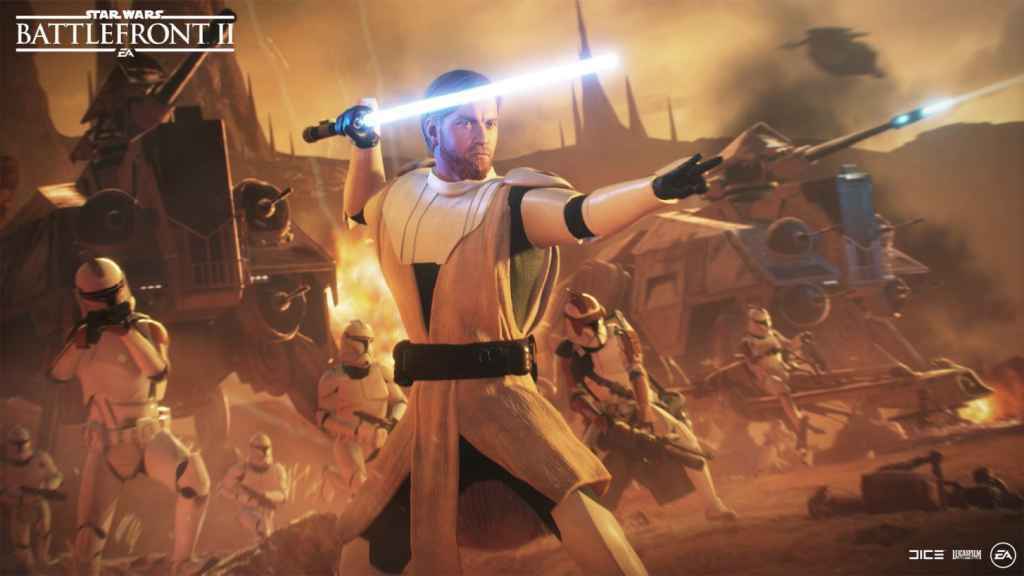 EA has published a sneak peek of its Star Wars Battlefront II 2019 roadmap, detailing some of the additional characters, modes, and gameplay tweaks set to be introduced over the next few months.

This after the developer spent a few lines dissecting the trials and tribulations the game has faced throughout 2018, particularly in the first few weeks after launch.

Returning to EA’s plans for 2019, January will see the introduction of another villain from the series’ past, Count Dooku (played by the legendary Christopher Lee in the prequel trilogy), along with another batch of brand-new clone trooper appearances. In this case, the Coruscant Guard.

Jedi Hero/petulant adolescent Anakin Skywalker will then arrive in February, accompanied by yet another clone trooper appearance (the 501st Legion); the Venator-Class Destroyer and Dreadnought capital ship interiors; and a brand-new game mode.

A title for this new mode has yet to be provided. However, EA has said it’ll feature command posts and capital ship takedowns.

Beyond the first two months of the new year, EA has been rather cagier. Simply stating that it is “working to bring even more content and experiences to Star Wars Battlefront II” over the next twelve months.

It’s fair to say Star Wars Battlefront II had a rocky start to life when it launched back in November 2017. Suffering a downturn in sales in the wake of its infamous loot box controversy, eventually revamping the entire progression system in order to try and appease fans.

Star Wars Battlefront II was released with an ambitious vision – a game spanning different eras and modes both on and offline, including the original story of Iden Versio, and with free content updates.

However, the launch did not go as planned. With the understandable frustration around progression in the game, a decision to change the initial Crate system was made… one without random progression and where everything is unlockable through gameplay.

Nevertheless, it’s bounced back (to a certain extent) since then. Allowing EA to close the year out on a high note.

We’re happy with how Star Wars Battlefront II has improved over the course of 2018 and we hope you are, too.

We’ve been encouraged by the patience of our community, how you’ve helped us to improve the game, and stuck with us.

The excitement we’ve seen around this fall’s new Clone Wars content and more, has been especially inspiring for the team, and left us with a feeling that we’re rounding up the year in a good place.

Are you one of the individuals who has stuck by Star Wars Battlefront II over the last year? Let us know down in the comments.