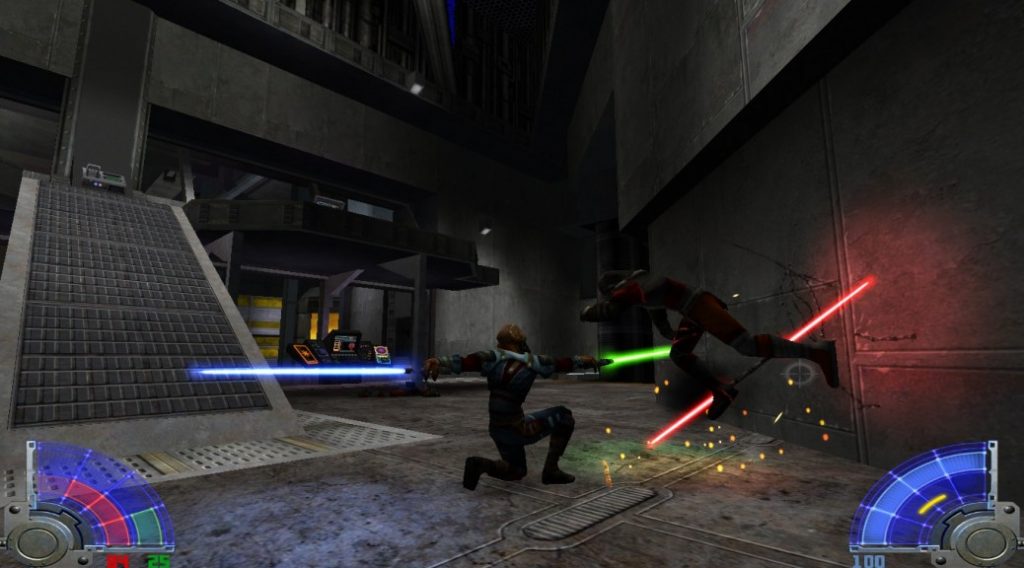 The PlayStation 4 version of Star Wars Jedi Knight II: Jedi Outcast (which if you recall, recently coughed up its full Trophy list) does not feature the option of inverting your aim along the Y-Axis or X-Axis. While this might seem like an obvious thing to have in a shooter like Jedi Outcast, coders Aspyr Media for one reason or another has not included it in the port.

Users on ResetEra noticed the glaring omission, which has given many users there the right hump. Right now, there’s no word if the feature may be patched in at some point, but presumably this wouldn’t be too much of an issue.

Still, a quick read on ResetEra reveals that a lot of folk seem to be completely put off the idea of buying Star Wars Jedi Knight II: Jedi Outcast as a result of the lack of an invert aim option.

Star Wars Jedi Knight II: Jedi Outcast is out today for PS4 and Nintendo Switch. The original version of the game was released for the GameCube, PC, and Xbox, and features a campaign set two years after the events of Mysteries of the Sith, which is part of the Star Wars expanded universe.

Players control former Jedi Kyle Katarn, who begins the game working as a mercenary for the New Republic after cutting ties with the Force and almost succumbing to the Dark Side of the Force. As such, players do not initially have access to a lightsaber and Force powers, but regain them a few a few missions.

After re-acquiring his powers again, Kyle can wield both Light and Dark Force powers, including Force Heal, Jedi Mind Trick, Force Lightning, and Force Grip among others.