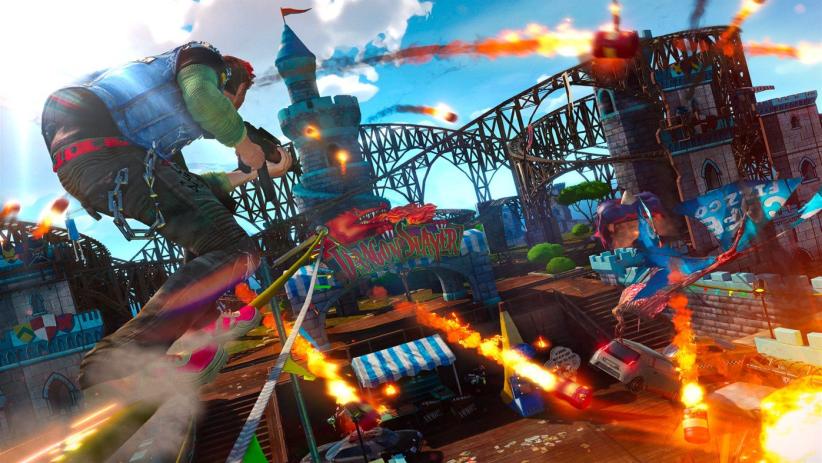 The co-director behind Sunset Overdrive has revealed that he’d be up for making a sequel to the game, although there’s no guarantee at this point if the IP will ever be expanded upon.

Speaking during an interview with QG, Marcus Smith was asked if there’s still live in Sunset Overdrive, which is now part of the PlayStation family as Insomniac Games is now owned by Sony. However, the IP is still firmly in the developer’s hands.

I mean, never say never is my approach. Obviously, we’re part of Sony now, but we own the IP and so there’s nothing really stopping us other than we have a lot of really exciting things in our future. I would. I think there are a lot of stories that can be told in that universe and I would love to return to it. I had a lot of fun making that game.

Recently it was discovered that Sony had filed a trademark for Sunset Overdrive, prompting speculation that a HD re-release may be on the cards.

Insomniac Games’ next title, Ratchet and Clank: Rift Apart, will launch exclusively for the PS5 on June 11, 2021.