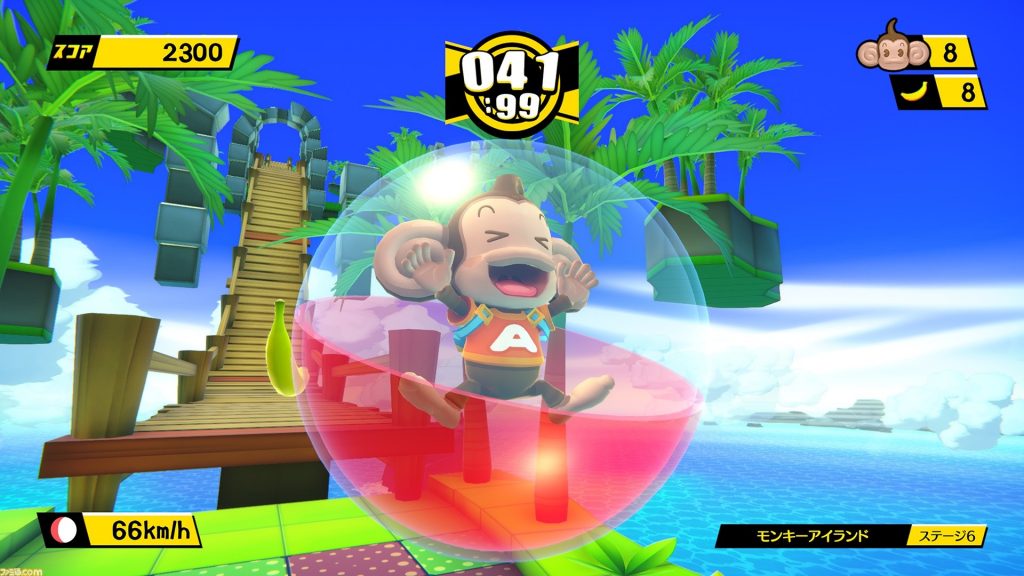 The first English trailer for the game has also dropped:

Super Monkey Ball Banana Blitz was first outed in a series of ratings in Taiwan and Korea. There’s not much info available right now, but Famitsu mentions “additional functions” for the enhanced port. However, we do have a batch of screenshots, so check them out below. Super Monkey Ball Banana Blitz was released in late 2006, and features 100 main game stages and 50 complementary mini-games. In addition, boss battles were added to the game — a first for the series — and players and the ability to jump and enjoy character-specific abilities for puzzles stages.

Stay tuned to PSU for more information in the coming months.