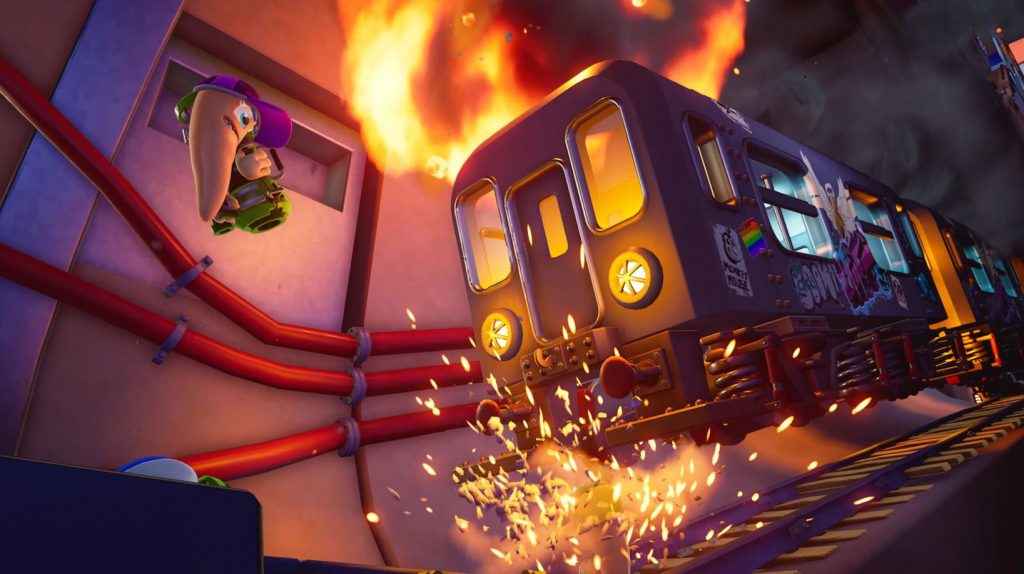 Team17 has announced the Worms Rumble PS4 and PS5 release date today, alongside revealing the game’s pre-order bonuses and announcing that a PS4 And PC cross-play beta will take place in November.

First off, Worms Rumble will officially be launching on PS4 and PS5 on December 1, 2020, whilst its Open beta on PS4 and PC will begin on November 6, 2020. Those who pre-order the game will get access to the ‘New Challenger Pack’, which has a bevvy of exclusive cosmetic items for players. Team17 have also released a brand new trailer for Worms Rumble on PS4 and PS5 showcasing the new Portal Park map and the chaos that can unfold on it. This trailer also reveals the return of some fan-favourite gadget like the Grapple Guns and Jetpack.

Worms Rumble was announced earlier this year for both of Sony’s active consoles and it brings the game into a new era offering real-time combat and a battle royale mode, combined with cosmetics to unlock as you rank up in the game.