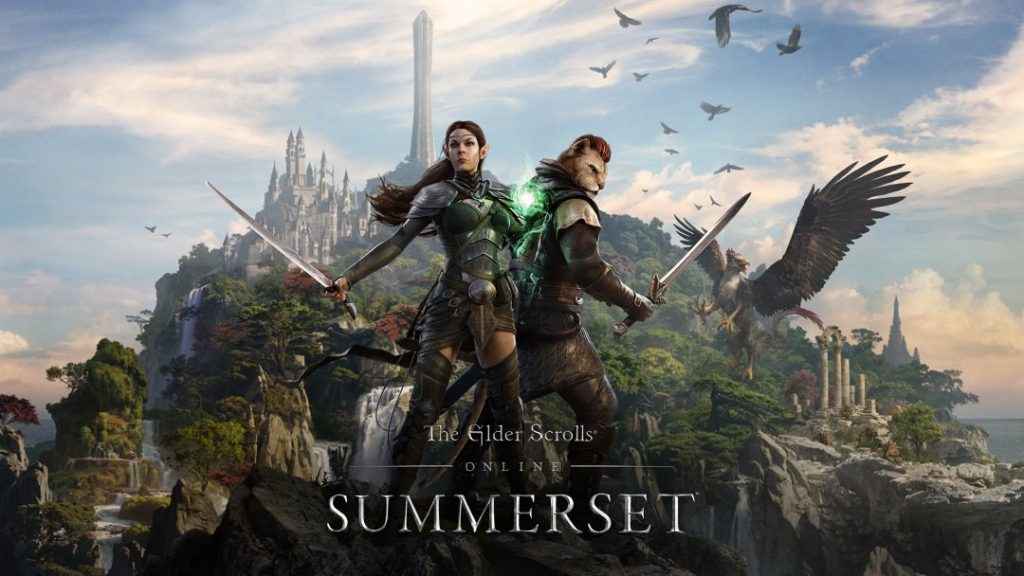 Here’s what you can expect in the new Summerset expansion.

The expansion can be enjoyed by new and veteran players. New players don’t need to have played ESO before but can jump straight into the action. Furthermore, there’s a new Free Play Event, which has started today on PC. The PS4 and Xbox One Free Play event begins on March 22. You can sign up here.

It looked like Bethesda has a major announcement on March 21 for The Elder Scrolls Online, according to a video that has popped up on Facebook. “The Wait is Almost Over,” reads the Facebook post.

“New adventures are on the horizon. We’re making a major announcement for The Elder Scrolls Online that you’ll not want to miss”. It looks like ZeniMax Online Studio Creative Director, Rich Lambert, will be ready to announce something.

Rumours were abound that Bethesda was about to reveal the rumoured Summerset Isle DLC. This appeared to be teased recently in the following tweet which shows a GIF with the following words:

Your Queen has exciting news to share as soon as the time is right. I bid you watch and listen for the next herald, who shall present a royal announcement of great significance to us all.

By decree of the Queen… ?#ESOpic.twitter.com/gaNrX0gV7k

Judging by the reaction to the tweets, there's no doubt that fans think it's The Elder Scrolls Summerset. Summerset Isles is the home of the High Elves and Altmer, and Ayrenn Arana Aldmeri was the High Queen of the region.

The last big expansion was The Elder Scrolls Online Morrowind. In the DLC, players have enjoyed exploring the iconic island of Vvardenfell. As well as introducing a new story arc, the expansion also included 4v4v4 battles in arena-like environments

There's only one way to definitely find out if we’re heading to Summerset Isles! Tune in to the Bethesda Twitch livestream on March 21 and we'll all know for sure!