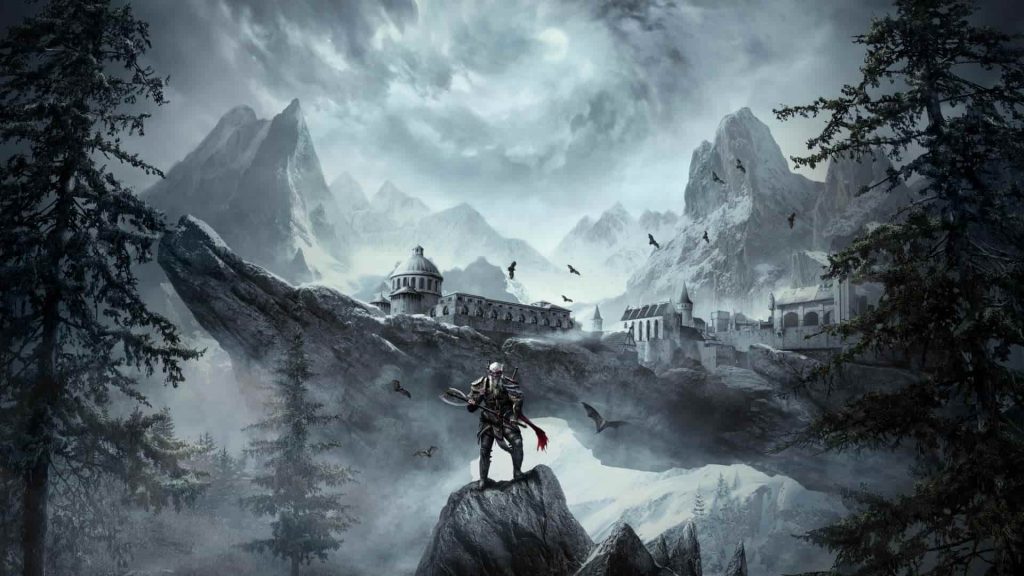 Bethesda has unleashed The Elder Scrolls Online update 2.05 patch notes, which is now live for PS4 and Xbox One versions of the fantasy-themed MMORPG.

Fixed an issue where only one treasure chest was active in Kyne’s Aegis at a time.

Lord Falgravn now takes reduced damage while Grievous Pulse is active and will end it early if his health is low.

Torturers will no longer attempt to feed on Lord Falgravn.

Fixed an issue where the map’s Antiquity panel would not refresh correctly if you abandoned an Antiquity.

Fixed an issue in the Gamepad Excavation UI where you were unable to view a Tool’s information after viewing a Tutorial in the same Excavation.

Fixed issue where Gabrielle’s Bottle of Proving, the Antiquity used in the Antiquities tutorial quest, would show an empty “Zone:” field.

Adjusted an Antiquity Dig Site near Alinor in Summerset to better encompass all of its possible Antiquity locations.

Fixed an issue where entering a dig site are would not highlight the compass or allow you to use the Antiquarians Eye.

Fixed an issue where some Antiquity Encasements – particularly the large, gold-filigree’d treasure chest – could have their visuals desync with their placement in an Excavation site.

Fixed an issue where getting kicked out of an Antiquity excavation due to combat would lock up the UI and prevent you from moving properly.

Fixed an issue that prevented the Antiquity journal’s list selection from resetting properly when leaving the journal specifically in Gamepad mode.

Fixed an uncommon error message from the Antiquities journal that could appear when logging in for the first time.

Fixed an issue where the Scryable section of your Antiquities Codex might not properly update after spending skill points in Antiquarian Insight.

Fixed issue where non-repeatable Antiquities would still show up in the Scryables tab as “Requires Lead” after being completed.

Fixed an issue where the Lead for the Prismatic Sunbird Feather was not dropping from its intended source.

Scrying while mounted will no longer cause any camera issues.

Fixed an issue where you could get stuck in the Scrying’s exit dialogue by bringing up the Tutorials screen while attempting to exit.

Fixed an issue that could leave your Scrying UI in a bad state if you left Scrying during the outro.

Removed some Scrying ability tooltips which mistakenly included cast time and target when viewed from the Scrying UI.

Made some adjustments to prevent unnecessary head movement in first person view while Scrying.

Fixed an issue where finishing a Scry would always leave you in third person view, even if you started Scrying in first person view.

Scrying during the Antiquarian Art quest now has proper hint text telling you what to do.

Fixed a server crash that could occur in Western Skyrim while playing with/against pets.

The shivering Nord is no longer shivering and naked on the Morthal docks. We hooked him up with some clothes beyond a simple loincloth.

Ysmgar will no longer move at ludicrous speed.

Draugr in Dragonhome will no longer remain untargetable after entering combat.

Draugr in Midnight Barrow will no longer remain untargetable after they emerge.

Harrowstorms in Western Skyrim and Blackreach will now respawn much quicker.

The Harrowstorm daily quest now requires one Harrowstorm to be completed, down from three, and awards more gold and experience for completion.

Your character can now resurrect close to the final fight during this quest.

The Tower of the Wolf is now once again accessible and will look appropriate during certain moments of this quest.

Malacath’s Band of Brutality: Fixed an issue where this item was increasing the damage from Siege equipment.

Fixed an issue where some audio was missing from the Frostbite Spider pet, the Skald-Muse Fledgling Gryphon pet, and the Legion Zero Charger mount.

Fixed an issue where you could attempt to alter various parts of your character when using an alliance change token. You’re only allowed to change your alliance.

Fixed an issue where items at a vendor may not use the correct quality color for entries.

Fixed an issue which caused the Master’s weapons to not always drop for eligible players when completing Dragonstar Arena on normal difficulty.

Fixed rare crash that could occur when using bows.

Fixed a rare crash within the game’s particle system.

Fixed a framerate stutter that could occur when updating skill experience or rank. This is something you would typically experience when killing a monster.

Fixed an issue where the game could become unresponsive after landing from a fall while light attacking with a bow.

Fixed a UI error that would occur when selling items to a Fence.