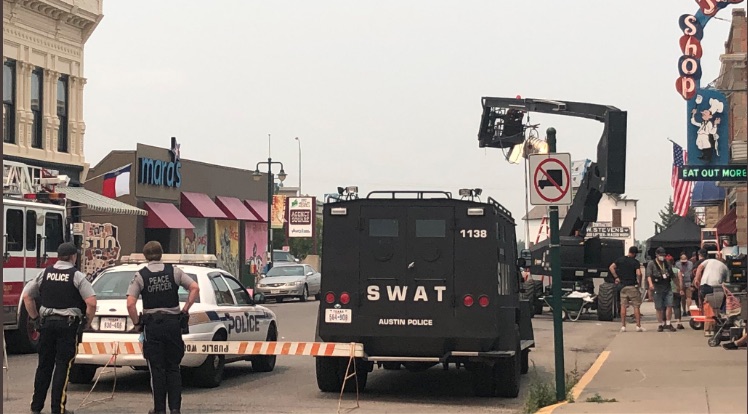 HBO’s The Last of Us series has officially begun production in Alberta, Canada, and the first set photos have emerged online showcasing a heavy SWAT presence as the streets have been transformed into Austin, Texas.

The images were posted online via Twitter user @necromnica1, who snapped some videos and photos of the set on a street in Alberta, which reveals police and SWAT vehicles on set. Check them out below

Previously, cast members including Gabriel Luna, Pedro Pascal, and Nico Parker had been snapped for Luna’s Instagram arriving on set in Alberta, which indicates the trio were preparing to film the shows’ introduction sequence where the three of them are in the midst of the outbreak.

The Last of Us on HBO will reportedly feature a major budget, with each episode reportedly clocking in at over eight figures.

In related news, developer Naughty Dog is heavily rumored to be working on The Last of Us remake for PS5, and it wouldn’t be a stretch to imagine they will be making changes to reflect the HBO series to tie them more together.