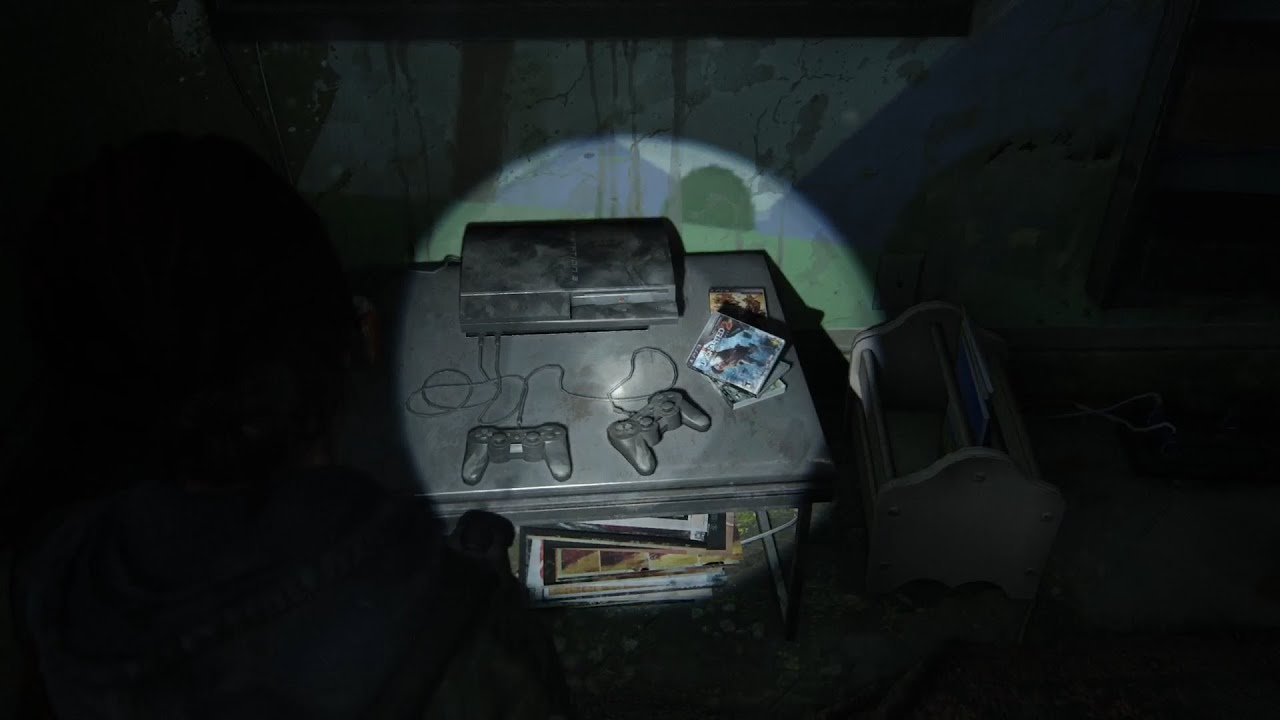 Naughty Dog has packed The Last of Us: Part 2 with quite a few gaming-related Easter eggs, among which includes a PS3 lying about in Eugene’s hideout. Those of you with an appetite for destruction (great album, by the way!) will be disappointed to learn you can’t shoot it, however.

As noted by Reddit user Affe_Boy, Ellie is able to shoot the wall behind the PS3 as well as the table it’s on, but not the console itself or the two DualShock controllers. If you try to, your gun refuses to fire. There’s also a copy of Uncharted 2: Among Thieves on the table too, as Naughty Dog loves a bit of in-game promotion.

There’s also a PS Vita in the game that you’re probably aware of by now, as the section it’s seen in was showcased in one of Sony’s gameplay videos for The Last of Us Part 2. This can’t be shot, either.

U can’t shoot a PlayStation in the game from thelastofus

The Last of Us: Part 2 was released in June 2020 for the PS4, and you can read our full review of the game here. Naughty Dog is heavily rumored to be working on a full remake of the original game for PS5.