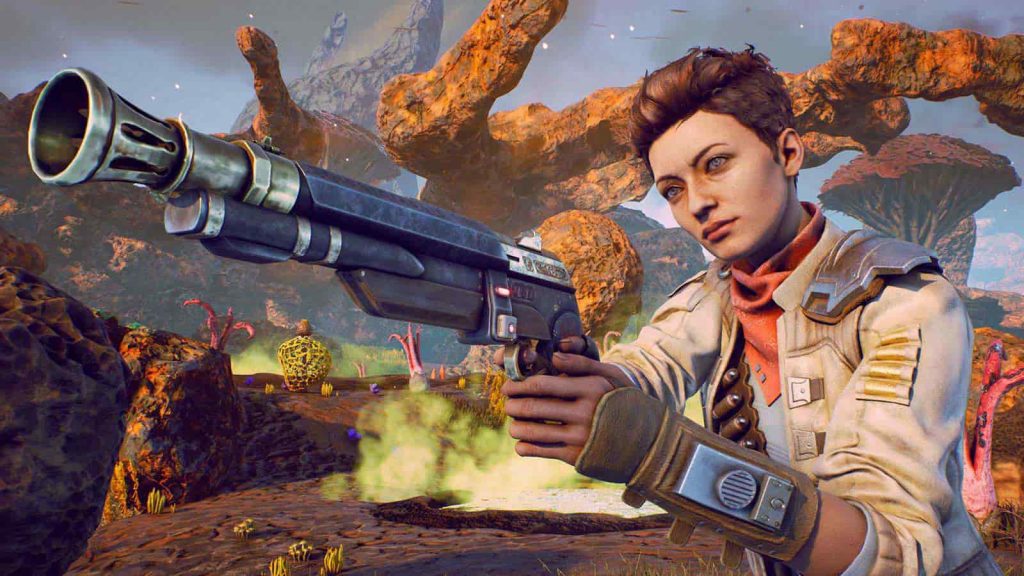 After enjoying a slew of nominations at The Game Awards 2019, The Outer Worlds will receive DLC next year on PS4 that expands the story with new quests, stories and characters to enjoy.

The confirmation of The Outer Worlds DLC was made by a post on the official Obsidian forum, whereupon the developers thanked everyone who voted for the game in The Game Awards, and let it slip that the game would expand itself sometime next year.

We want to take this opportunity to thank the incredible team behind The Outer Worlds. It is because of their hard work and dedication to this project that we received the Best Narrative, Best Performance – Ashly Burch, Best RPG, and Game of the Year nominations at The Game Awards.

To all of those who voted for us in The Game Awards, you are all fantastic and we are so grateful for your support. The reception to The Outer Worlds has been unbelievable to see, and even just being nominated means a lot. However, the journey isn’t over yet as we are excited to announce that we will be expanding the story through DLC next year! Details will be made available at a later date.

We just wanted to personally thank our team for doing a wonderful job and our fans for their tremendous support.

And Tim would like to say what an honor it was to work with me. – Leonard

Whatever, Leonard. Now that we’ve finished, I expect that certain photographs will be destroyed, as per our agreement. – Tim

What do you guys think? Are you happy to venture back into The Outer Worlds, and if so, what sort of new story content would you like to see?