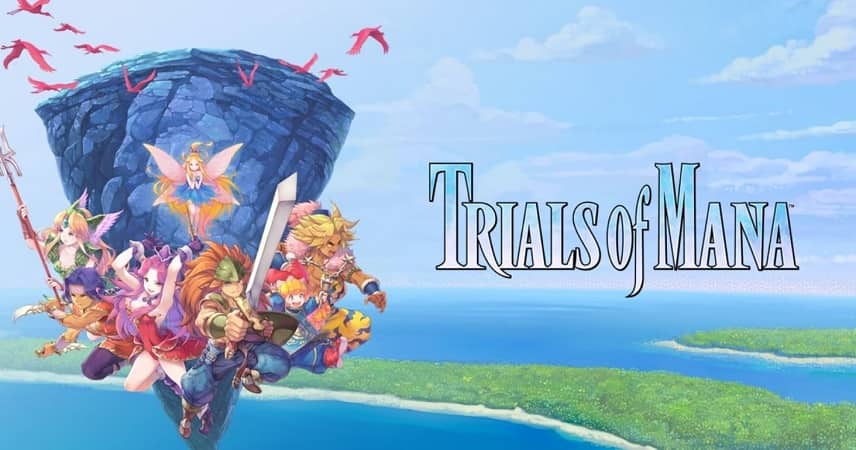 A full-blooded remake of Seiken Densetsu 3, Trials of Mana is shaping up beautifully as it transplants the retro JRPG beats that made the original so popular into a fresh re-release on contemporary systems. Arguably the biggest element of transformation of Seiken Densetsu 3 into Trials of Mana however, is the shift from the previous top-down, two dimensional perspective to a full-fledged, three-dimensional adventure.

So with that in mind, we were lucky enough to sit down with Shinichi Tatsuke, Trials of Mana producer and Masaru Oyamada Mana Mana series producer, to better understand the magnitude of that design shift in addition to other changes that have been made to the classic Seiken Densetsu formula.

PSU: When and how did the decision come about to remake Seiken Densetsu 3 entirely in 3D as Trials of Mana?

Masaru Oyamada – When we released Collection of Mana in Japan, there were calls from lots of fans overseas saying that they had been waiting over 20 years to play Seiken Densetsu 3 (the original name for Trials of Mana in Japan). We were in the middle of developing the remake of Secret of Mana at that point, and started discussing if there was anything we could get to the fans earlier.

As Seiken Densetsu 3 had not been released overseas when it was first made, we felt that we should remake it in a style closer to a new, modern game to avoid it feeling dated and so decided to do it in 3D.

PSU: How long has Trials of Mana been in development and what challenges did you face in transitioning Seiken Densetsu 3 from top-down 2D into full 3D?

Shinichi Tatsuke – The development took around 2 years. We needed to do wide reaching changes to the map placement to get everything to work in 3D, altering the original positioning of elements made for 2D to one that would make exploring towns and dungeons more exciting in 3D. For the event scenes too, there were sections that work perfectly in 2D, but which feel a bit too flat and simple when converted to 3D, so it was hard work adding in extra dialogue and extending the character performances in those areas. 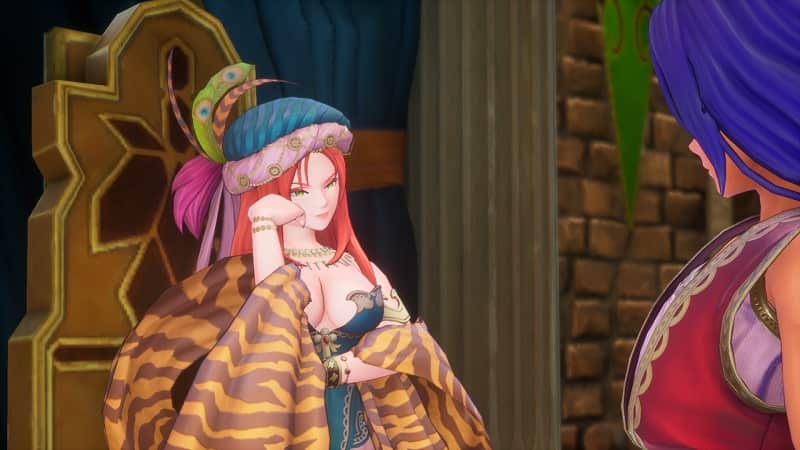 PSU: One of the most memorable parts of Seiken Densetsu 3 was its soundtrack. With Trials of Mana, what can players look forward to in terms of the soundtrack and possible remixes of classic themes?

Oyamada – The original background music that everyone loved was made with a limited number of sounds available due to the hardware limitations, and has been romanticised in people’s heads over time, but we have remade it so it will still live up to those fond impressions when fans hear the tracks again.

Even the orchestral pieces have such a high-quality finish that you will wonder if they weren’t like that in the first place! We also have an option in-game to change between the new soundtrack and the original, so fans can play however they prefer.

PSU: The character designs in Trials of Mana are stunning – who is responsible for them and what was the process in terms of evolving these designs from Seiken Densetsu 3?

Oyamada – For the original game Nobuteru Yuki designed them, based on Koichi Ishii’s original concepts. For Trials of Mana, HACCAN took Mr Yuki’s designs and added in extra detail. We also got advice from Mr Ishii as well. 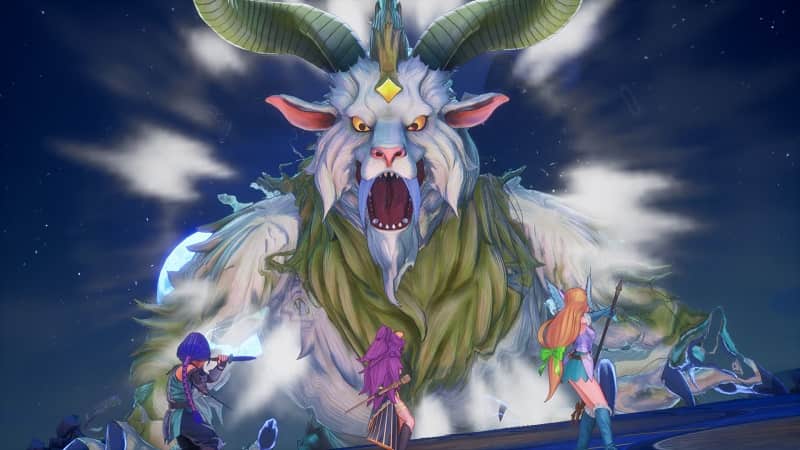 PSU: The real-time hybrid combat that sits at the heart of Trials of Mana looks hugely interesting – what was the thought process behind its construction and how happy were you with the results?

Tatsuke – For the original game, we pushed the action as far as we could with the technology of the time, but when we tried translating those same original action elements directly into a 3D graphical presentation, it felt off. Accordingly, we added in even more action elements like evasion, jumping attacks and combos, to align the gameplay with the new graphical style.

On the other hand, Class Strikes, magic and items are done through menu commands and keep a classic RPG feel. Players who like action gameplay can map these commands to shortcuts to enjoy an even faster pace, while those who are not so good with action can use the ring commands to stop time in battle and select what to use at their leisure.

PSU: How do Chain Abilities / the Ability system work in Trials of Mana and how much potential for player mastery does it provide?

Tatsuke – Whenever you level up you will obtain Training Points that can be spent on improving the character’s attack, defence, intelligence and other parameters to grow and develop them. Once you have assigned a set number of points to a specific parameter, it will unlock a new Ability to use, that you can equip to gain new powers. There are regular abilities that can only be used by the character themselves, and also Chain Abilities that can be equipped to allies as well. For example, this could allow you to equip Angela with an ability that Duran has acquired and increases the breadth of character development options available. 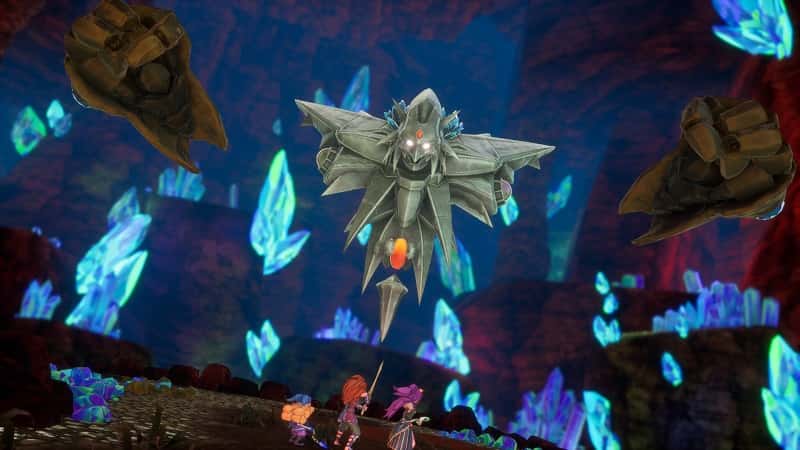 PSU: While we have seen job systems in a wide variety of previous Square-Enix titles, in Trials of Mana there is seemingly an emphasis on a new mechanic that allows players to switch jobs – did you have to make any additional tweaks to this system?

Tatsuke – The class system in Trials of Mana is different to the standard job system that you see in many other games. One of its big defining features is how you must choose either the path of light or the path of darkness whenever you change to a new class. Each player will get a different experience depending on what they choose, even if they are using the same character.

PSU: How does the day and night system affect things in Trials of Mana? As was the case in Seiken Densetsu 3, is each day represented by a different elemental spirit?

Tatsuke – The placement of NPCs in the towns and the monsters that appear are different in the day and at night. Also, the character Kevin changes into a beastman at night and becomes more powerful, making him a unique character in this respect. There are some regions where it is always night too. The names of the days are taken from the different elementals like in the original game and magic of the same element will become more powerful on that day, so there’s a tactical element to keep in mind when playing through the game. 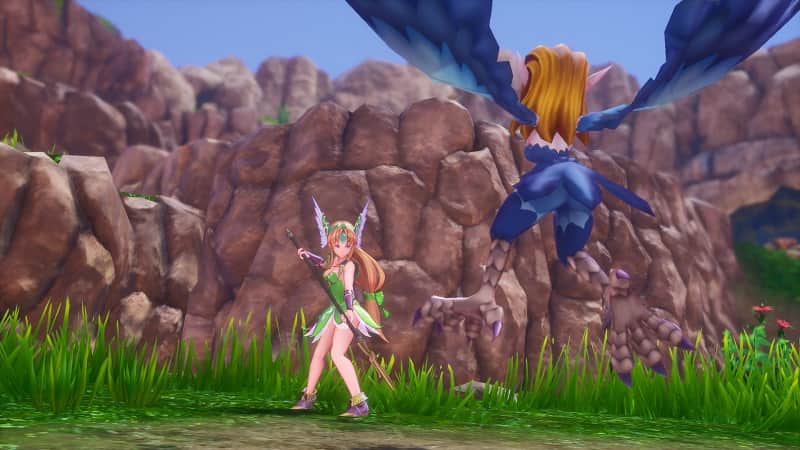 PSU: The latest gameplay trailer for Trials of Mana shows off some 2D platforming – is there going to be a lot of this in the final game, or are such sections used sparingly?

Tatsuke – Yes, there are some sections like this. We have introduced screens like this for the memorable scenes from the original game that were done in a side scrolling style, such as in front of the waterfall cave (that was also in the demo) and some parts of the Woods of Wandara.

PSU: Can PS4 Pro owners expect any visual upgrades over the base PS4 version of Trials of Mana?

Developed and published by Square-Enix, Trials of Mana is set to release for PlayStation 4, PC and Nintendo Switch on April 24, 2020.