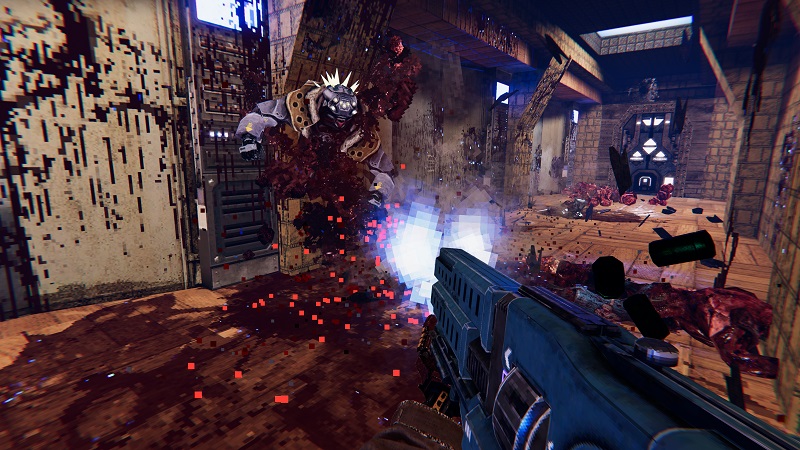 If you ever looked at your knee and wondered if you could make a deadly weapon out of it by attaching a spinning sawblade, then not only are you correct, but you’re not the only one, as Turbo Overkill proves there are more than a few people who thought it was a good idea to add in this new arena shooter coming to PS5 and PS4.

Developed by Trigger Happy Interactive and published by Apogee Entertainment, described as an “ultraviolent cyberpunk FPS”, Turbo Overkill was born out of a mod for DOOM II, and now its getting set to launch on all consoles including PS5 and PS4 sometime in 2022.

You can check out the reveal trailer for Turbo Overkill for yourself, right here:

Turbo Overkill is also a bit of a clash between the basic plot of Blade Runner in that you’re hunting down a rogue AI and DOOM, as you’ll be doing a lot more shooting than Ryan Reynolds or Harrison Ford ever did as Johnny Turbo.