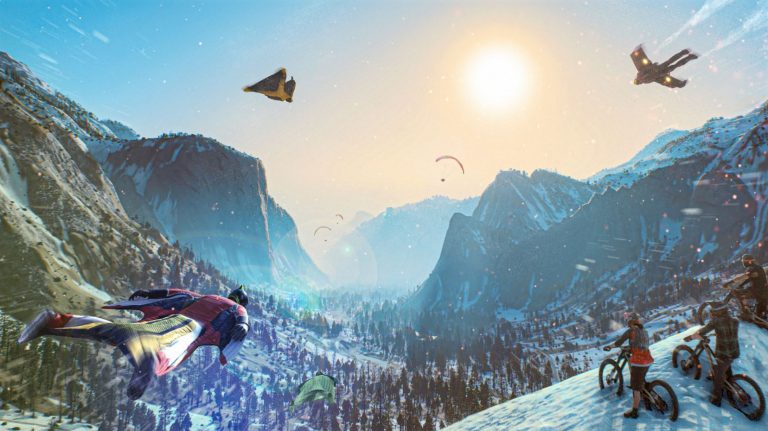 The events are scheduled to roll out in late 2022 or early next year, with Riders Republic’s planned event looking at wildfires. This all be a “short and intense” live events where players will team up to stop sequoia trees from burning down. There’s no warning either, as players will be “immersed immediately in the consequences of wildfires” as soon as they boot up the game.

You’ll know the event has kicked off as the sky will turn a shade of orange and you’ll be able to spot smoke and fog across the map, with certain areas made inaccessible.

Meanwhile, Skull & Bones, which has yet to officially receive a release date, will focus on the issue of overfishing.

Our first activation will address resource exploitation, showing what happens in the game world and the real world when the demand for sharks’ fins results in the overfishing of sharks. Players will have the choice to contribute to marine wildlife protection and comprehend the destructive nature of the shark fin trade.

Riders Republic is now available for PS5, PS4, PC, Xbox Series X/S, and Xbox One. Skull & Bones meanwhile is set to be re-revealed soon, and it has been suggested the game is finally launching in November 2022.