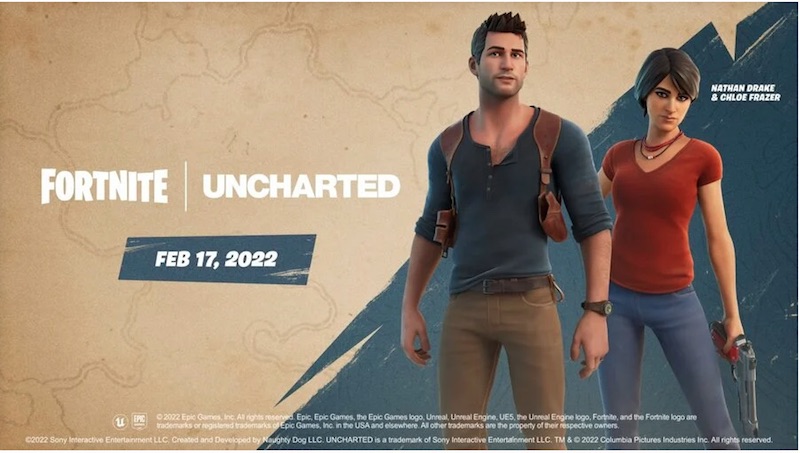 Epic Games’ Fortnite is officially crossing over with Naughty Dog’s Uncharted franchise, with Nathan Drake and Chloe Frazer joining the battle royale title in the shape of two different costume variations for the iconic PlayStation characters.

Leaked material for the crossover has revealed that Nate will be featured in his classic Uncharted clobber or can be dressed to look like his Tom Holland incarnation from the Uncharted movie. Meanwhile, Frazer comes in two forms: Sophia Ali and Lost Legacy.

Furthermore, each costume will come a bunch of cosmetic items, including a Second Hand Saber pickaxe, Parushurama pickaxe, Seaplane glider, and Journal emote. As previously reported, the Uncharted crossover will see new mission added to Fortnite that involve players searching for treasure maps.

The Uncharted x Fortnite event will kick off on February 17, 2022. Meanwhile, the Uncharted movie starring Holland is now in cinemas worldwide, and the Uncharted: Legacy Of Thieves Collection is out now for PS5.