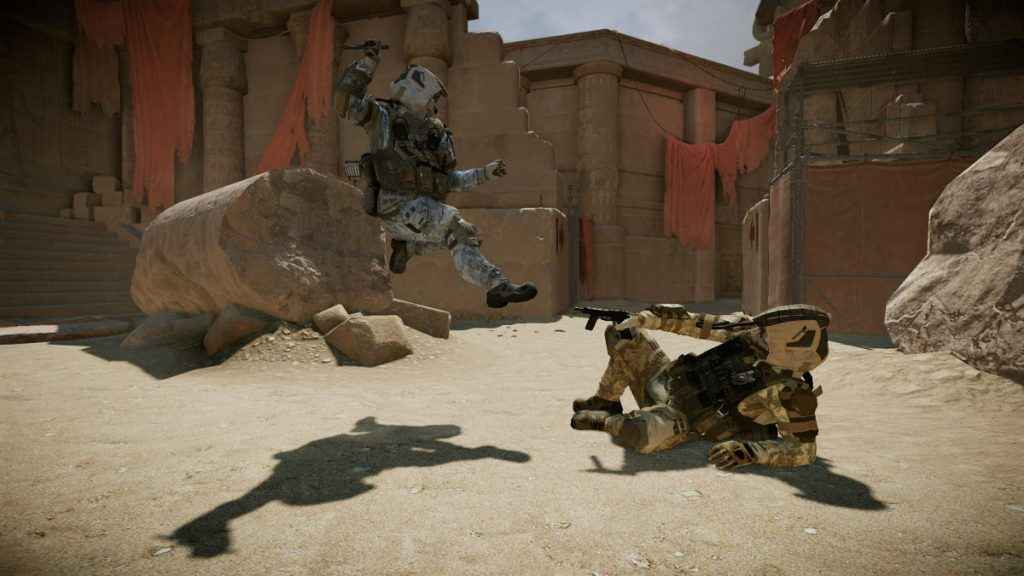 The Warface PS4 release date has been revealed as September 18. However, you can now get straight into early access and enjoy the shooter with a Warface Collector’s Edition Early Access Pack.

To celebrate the launch of the military-based free-to-play shooter today, we have 15 packs to give away worth 79.99 EUROS each. Each bundle contains the following items, ensuring you’ll get off to the best possible start.

Warface features PvE and PvP missions and features hundreds of upgradeable weapons. There’s also a Plant the Bomb and Battle Royale mode for those who really want to test their survival skills.

Note: The giveaway has now ended.

Note: The Collector’s Edition Early Access Packs are valid for EU PSN accounts only and not exchangeable.

Ready for action, soldiers? Check out our Warface preview to find out more about PS4’s latest shooter, and simply reply in the comments below and tell us why you want to play Warface.

AND/OR, just retweet the following!

?RT: Get an EU @Warface Collector’s Edition Early Access pack and get ready for war in @Crytek‘s new PS4 shooter.

We’ll be drawing all winners at random on Friday 17 August, 2018. We’ll list all winners in this article.