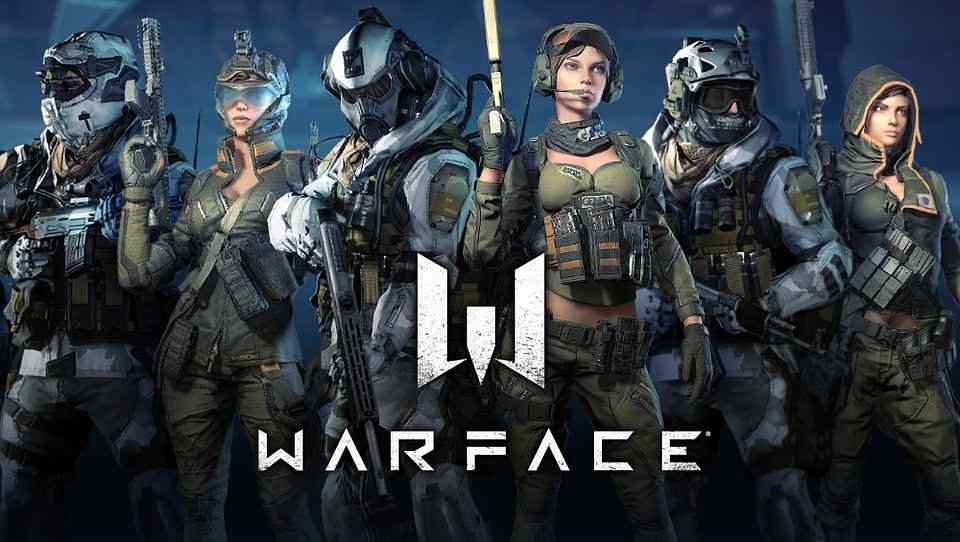 As far as PlayStation fans are concerned, you’d be forgiven for not knowing of Free-to-Play shooter Warface‘s existence before now. It’s spent the first five years of its life focused on PC, only venturing out for an ill-fated Xbox 360 port that saw servers closed just ten months after release.

For many reasons the timing was poor for that 2014 port, coming mere months after the start of the current console generation (not to mention it was a fairly bare-bones version of the game), and it’s a lesson developer Crytek needed to heed if it were ever to try again.

It is clear it was worth trying again on console too. Warface is not even close to a household name in the West, but it’s insanely popular on PC with Eastern audiences, most noticeably in Russia. With consoles having such a large user base, it makes sense to bring the game over to PS4 and that’s exactly what Crytek and Skyforge developer Allods Team are doing. The question is, will it be another case of bad timing?

So Warface PS4 is coming at a time where the multiplayer shooter landscape is being reshaped quite significantly from what it was when the game first released. We live in the realm of hero shooters and Battle Royale, and Warface is something of a throwback, albeit one that does already have its own built-in Battle Royale mode. Apart from being free, Warface’s selling point is to offer a bit of everything in one package.

The two main components of Warface’s multiplayer package are PvP and PvE. There’s a more traditional Deathmatch set up for PvP, with the usual mode variety (Free-for-All, Team Deathmatch, Capture the Flag etc). These are for up to 16 players and feel like a comfortably familiar experience. Warface’s general PvP modes follow the basic structure of oh-so-many first-person shooters before and after it, including the traditional four-player classes (Sniper, Engineer, Medic, Rifleman), which would make it tough to stand out alone.

Thankfully it’s a bit faster than the average shooter, though not quite as smooth and fluid as say, Titanfall 2. The result is a solid, enjoyable multiplayer shooter, helped by its satisfying slide button that allows you to skid around corners on your knees and take other combatants by surprise. The only other downside is jumping over certain barriers (windows, walls, etc) is a tad awkward at this early stage, leaving you open to attack for far too long.

The guns themselves are obviously an important part of any shooter’s success. Warface boasts a larger array of deadly weapons than your average series of Love Island, but they need to have the right punch to them for it to matter (also helpful if they hit the target consistently of course). There’s little complaint in this department.

Warface takes Crysis’ idea of adapting your gun on the fly, changing scopes, stocks, et al while still in a match, which is handy if a map isn’t quite gelling with your preferred weapon. There’s definitely a need for a bit of fine-tuning on damage levels and accuracy, but it’s a solid base for the whole package.

Whether it will be enough to warrant the ranked competitive play and planned PS4 Tournaments remains to be seen, but there’s a confidence at least in going all in on the console version. Probably the most telling sign of this being a serious port job comes from seeing a game running on CryEngine on a PS4 and not suffering for it.

The build I played is still early, and on a regular PS4, but it was about as smooth and dependable as I’ve seen from the engine on a PlayStation console (it’s not exactly pushing the PS4 to be fair, but still). Allods Team look to hit 60fps, and the PS4 Pro will enhance the game’s performance further.

PvE comes in the form of ‘Special Operations’ which are effectively Raid missions for up to five players. Like any decent Raid mode, Warface’s Special Operations requires teamwork and communication. Special Operations has its own storyline weaving through its various maps, and the locations are designed specifically for the mode.

It was clear after one match that you need to balance your team out with at least one of each of the four in-game classes if you hope to succeed. Without a medic, in particular, you’ll be hard-pressed to survive later floors of a raid.

You get soldiers thrown at you at first, then turrets and things escalate to include new enemies such as cybernetic zombies. Making the most of your environment, keeping on top of team communication, and learning how different enemy types move are the cornerstones of progression in Special Operations. The particular mechanics of Warface are useful here, with the ability to slide from cover to cover becoming a perfect way to keep on the move without getting your head perforated.

As with other modes, the traversal needs fine-tuning to make it less of a health risk to bother with, and perhaps a better indication of how much damage you’re actually doing to enemies would help if it could be balanced with the sheer number of foes on screen at a time. These are going to be tough challenges regardless, but it’s something that’ll need adding to if it has a hope of retaining an audience.

Warface on PS4 will launch with four Special Operations maps, but Allods Team will release more throughout the year. The same applies to other modes as well, so the right steps are clearly being taken in that regard.

I suppose the most relevant part of Warface for newcomers is going to be its Battle Royale mode. Thankfully it’s not a straight knockoff attempt of the big two. While it does indeed have last player wins and an ever-encroaching circle of death, there are only 32 players in a game, it’s fast-paced, and the weapon procurement is handled in an interesting fashion.

Everybody starts with a knife but naturally, guns can be found throughout the map but they only hold a single clip of ammo. That means you either find more ammo quick or really make sure your shots count. Considering Battle Royale is about survival, this makes a lot of sense. Yes, you could say the same is true of any Battle Royale’s weapon procurement, but Warface does seem to make ammo a tad more sparse. Given matches may only last a matter of minutes, it pushes the need to conserve what little ammo you have in a manner others do not.

Otherwise, it’s very much what you’d expect. There’s certainly no barrier-breaking going on in any one part of Warface, but it so far appears to do each of its jobs to a steady level. By offering several game types for the low price of free, Warface has the tools to carve itself a niche in the online multiplayer table, but the big sticking point could be in how it handles its microtransactions.

In recent years, Warface has been accused of being ‘Pay-to-Win’ with certain items offering up an unfair advantage, whereas others suggest skill wins out overall. For the Warface PS4 version, at least everyone will be on a fairly even footing, to begin with anyway, but the way microtransactions are handled on consoles could be a defining factor in how well Warface is received by its newfound audience.

It may not do anything particularly unique, and the market is certainly much more saturated with online shooters, but by giving players multiple play methods for a solid, free, shooter, Warface at least has a better shot a success on consoles this time around.

Warface PS4 will be launching later in 2018.

If you enjoyed this news tidbit on Warface, why not take a peek at our best free PS4 games feature?