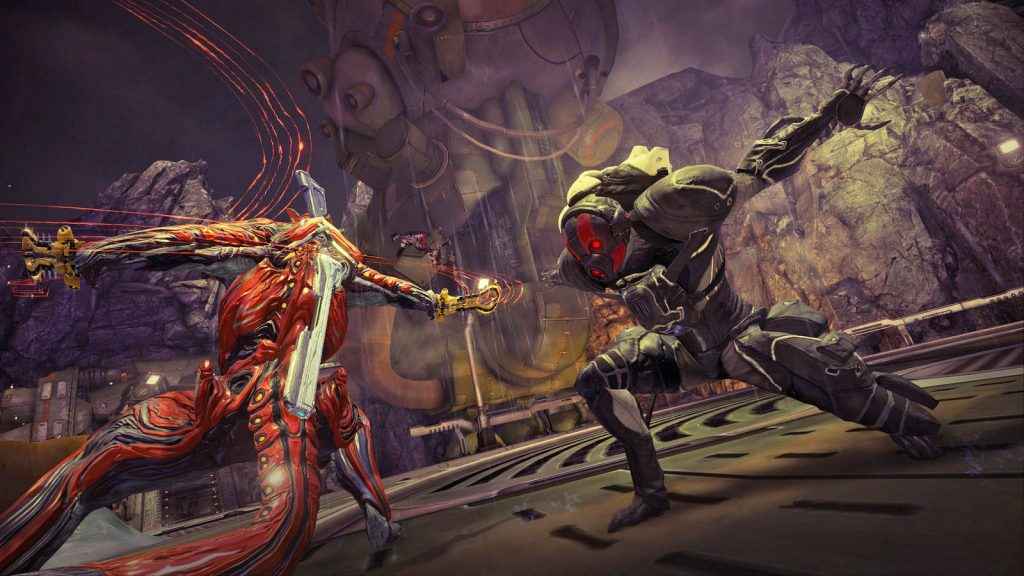 Remember all the fuss about cross-play last year? First Sony was seen to be the bad guys for not joining with Nintendo and Microsoft; then, Sony opened up and after a lot of fan backlash starting a cross-play beta with Fortnite. Since then everything seems to have gone quiet with the whole subject, to me at least, was blown out of proportion and was not necessary at all. But, now Rocket League has joined in the fun and all four major platforms can play together. However, it doesn’t look like Waframe will be joining anytime soon.

In a recent stream with the developers of Warframe, some important information was disclosed. Creative director Steve Sinclair answered a fan question during the stream about proposed cross-play support. While Steve stated he would like this to happen in the future, it’s not going to be a quick turnaround and has some major issues going forward. Most of the issues are due to Warframe being around a lot longer than the previously mentioned cross-play titles. Steve states that this creates technical hurdles with all the platforms playing together. All the platforms are at a different level through their respective lifespan and a lot of work is needed to unify where they are update-wise. Updates are often delayed on the Nintendo Switch due to quite strict regulations and updates are often released on PC a long time before there console counterparts. Therefore, a lot of work will be required to get all platforms up to speed.

Cross-play does not feature on Digital Extremes’ Warframe roadmap for 2019; so, if I was a fan of Warframe and was holding out for cross-play happening soon, I would quell those hopes. That does not mean it wont happen in the future and the developers do seem to be hopeful.

Warframe is now available on PlayStation 4.

How do you feel about the prospect of cross-play in Warframe? Does it even bother you at all? Sound off in the comments below.