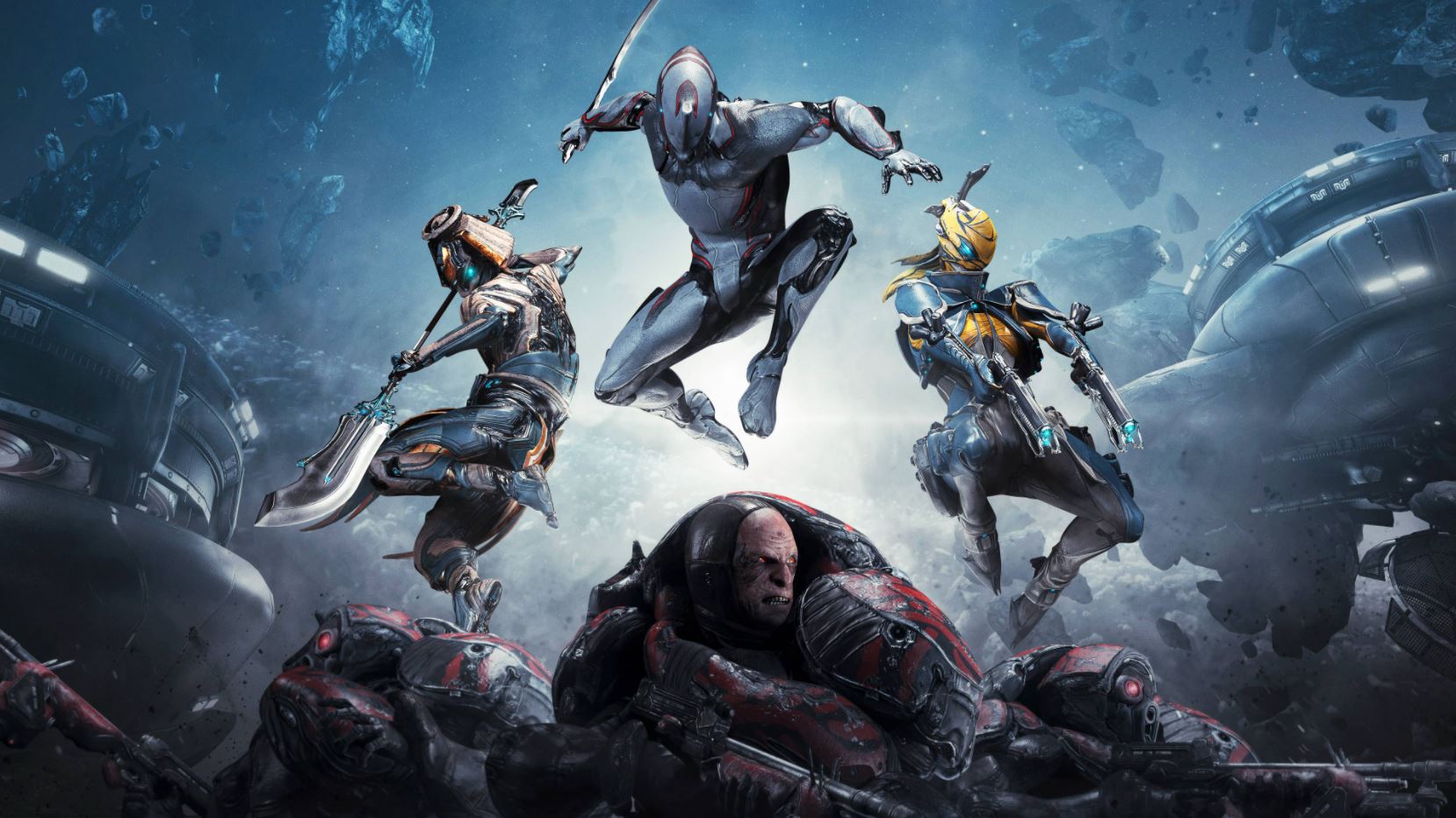 Warframe PS5 Review – It’s fair to say that Warframe is now a pretty immense game. What started off as a PS4 launch title has grown into a massive MMO, looter-shooter with dozens and dozens of activities to play and a heap of gear, quests and items to earn and complete.

With the game making the jump to PS5 and outliving many of its rivals, Warframe is a title that uses the PS5’s feature in small, but meaningful ways. However, the power performance and additions granted by the PS5’s superfast SSD means that here is where you should be playing Warframe.

A Whole Solar System To Explore

Usually, for these PS5 reviews, we have skipped over the content and focused on the PS5’s features and how the game utilises them, but given that we haven’t reviewed Warframe since it released in 2013 and the fact that you can’t really talk about the game without covering the amount of stuff to do, we will spend a bit of time discussing it here.

Warframe is bloody massive. What once started off as a corridor shooter, with limited rooms and visual variety has become a beacon for online live-services, complete with varied environments that look gorgeous, a deep and customisable progression and class system, and multiple sizeable open-worlds complete with their own content and unique experiences.

Heck, Warframe has so much more including a PvP mode, social spaces, a dogfighting and ship management mode where you play and have to manage your ship, split up as a team and complete tasks like putting out fires, and so much more. I could be here for days talking about just how much is here, but I won’t bore you to death.

Simply put, the content on offer in Warframe is pretty much unmatched by any game out there, live service or otherwise. For seven years, Digital Extremes has been adding more and more to the game both quietly and loudly and right now is the best time to hop in, on a fresh platform with more to do than there ever has been before.

Subtle, But Key Uses Of The PS5

Warframe isn’t a game that makes large, bold uses of the PS5 and its features; instead it is more subtle and subdued, but still noticeable. Some of the least meaningful uses of the PS5 come in the form of the DualSense.

Haptic Feedback and Adaptive Triggers are utilised here, but there is nothing we haven’t already seen before and for how speedy the game is, being delayed by slow trigger presses, doesn’t really fit with the experience Warframe is trying to provide. It feels like Adaptive Triggers are “here for the sake of being here” rather than being utilised in an interesting and unique way.

Still, you can turn the effect off if it isn’t to your liking. I just would have liked to see it used in more interesting ways.

The key differences with Warframe on PS5 and where the experience really starts to show its strengths is how gorgeous the game looks and the benefits of running the game off of an SSD.

Firstly, the visuals. Warframe gets to show its true beauty on PS5 thanks to the game running at up to 4K 60 FPS. Galleys glisten and bullets bounce beautifully from wall to wall, lighting up the path ahead of you, with foes falling as you slide past them. Warframe is a game with a lot of glistening objects and the PS5 gets to show off the beauty in its smaller details and effects.

As for loading, it is consistently known that live-services and MMOs with a lot of content in them take a long time to load into missions or between areas. Well, on PS5 loading is incredibly quick. Being able to hop right into a mission and just complete an objective or to continue one of the game’s many story paths is game-changing for an experience like this and it smoothens the experience drastically.

The PS5 may truly end the issue of MMOs and long load times and Warframe is the first example of this statement being true. On top of that, the game does make neat use of the Activity Cards, with you being able to jump into a story mission or location with ease, straight from when you boot up the game.

The performance enhancements are where Warframe gets to show its full strength and become the game on consoles it always has been on PC.

It’s hard to believe that everything I just described is entirely free. Warframe is the easiest game to get into on PS5 and has by far the most content to keep you busy for days, months, and even years to come. The visual improvements and enhanced load times are the best parts about the PS5 version and truly allow Warframe to become the game it has always wanted to be on consoles.

I would have liked to see some more unique use of the DualSense and its features, but what is here is fine, just nothing we haven’t seen before. Either way, Warframe is a title like no other, with more content than you could ask for, and a fantastic addition to anyone’s PS5 library.

Warframe is available now on PS5.

Warframe is made better by its release on PS5. The gorgeous glittery visuals jump off the screen and improved loading times get you into the action faster than ever. With a wealth of content to discover, unlock and find, Warframe on PS5 is a title everyone should check out and what was once one of the best looter-shooters on PS4 is now one of the best on PS5.