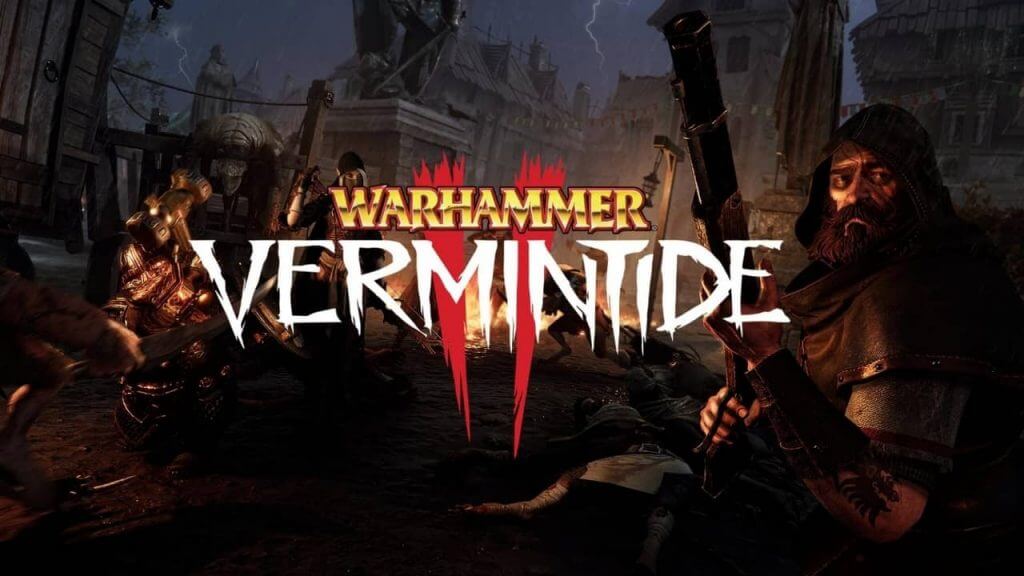 It isn’t long after you get stuck into Warhammer: Vermintide 2’s prologue mission that you realize just how much Fatshark’s co-operative action adventure has changed for the better. A fantasy Warhammer take on the asynchronous multiplayer shenanigans pioneered by Left 4 Dead, if the closed beta is any indication then Verminitde 2 could well be providing us with the most refined and polished take on that template to date – not to mention a real, albeit late, Game of the Year candidate to boot.

The first thing you’ll notice is just how good Vermintide 2 looks. Awash with high levels of detail, superb shadow effects and some of the best lighting seen on PS4 this generation, Vermintide 2 already looks head and shoulders better than its already technically impressive predecessor. Indeed, PS4 Pro owners should be extremely happy here too, as Vermintide 2 runs at 1440p resolution with higher detail textures and a generally smoother presentation, too.

Though Vermintide 2 arguably looks the part, I can also happily report that the level of performance is consummate with the visual improvements. Even on a standard PS4, the framerate hardly fluctuates even during the busiest and most chaotic of battles – a feat which is even more impressive when you realize that the horde which swarms after you now is a much more sophisticated and complex mix of enemy races, rather than just the same types of Skaven being thrown at you over and over.

Combat too, now feels much more solid and satisfying. The feeling of a 100lb warhammer knocking an enemy’s skull down into their rib cage or smashing them against a wall has an almost sickeningly palpable sensation of weight and heft to it that the original Vermintide wasn’t able to quite capture. Likewise, ranged combat has benefited similarly also, with every arrow or bullet that plunges into an onrushing foe having a deeply satisfying squelching sound and accompanying death animation to let you know in no uncertain terms that “Damn, that was a good shot.”

Further afield, the class system has been overhauled now too. While the same five characters from the previous Vermintide return, they do so alongside a new career and skills system that meaningfully separate them from each other and make them feel bespoke. In addition to passive abilities, each class now has a series of perks that can provide positive bonuses to damage dealt, but the most intriguing feature is the new career skill which operates on a cooldown and dishes out a mixture of a buff to your teammates and damage/debuff to your enemies.

It doesn’t stop there either. The new career system means that there is a seemingly a real incentive to specialize in a specific class, because as you gain more and more experience from completing quests, collecting tomes and loot dice, you can level up your class into a different sub-class, which then provides a new set of perks and career skills in turn.

In terms of the baddies you’ll face, new to Vermintide 2 is the Chaos faction – a fresh foe for players to test their mettle against. From the disposable dredge husks that form the vanguard of their assault to the towering Chaos Warriors who are protected by thick armor and wield devastating weapons, this new alliance between savage barbarians and the twisted entities of Chaos provides players with a new challenge and one which is far more varied than that seen in the first game.

Don’t worry though – the Skaven also make their return in Vermintide 2 as well. Though familiar units such as the pack rat, gas rat and Stormvermin all make a comeback, they find themselves accompanied by new Skaven folks too. A new variation on the Stormvermin, for example, is much more thickly armored than the standard version of the unit – and to make matters worse, it’s the only Skaven unit that wields a shield – making landing damaging attacks on them a challenging feat indeed.

Warhammer: Vermintide 2 Is Shaping Up To Be A Superb Co-Op Romp

One of the most keenly felt improvements that Vermintide 2 brings over its predecessor is the manner in which loot is handled at the end of every mission. Rather than the deeply unreliably crapshoot of the first game which end up players getting loot that their class couldn’t use, Vermintide 2 instead guarantees that everybody gets three pieces of loot suitable for their class.

Furthermore, your mission performance can subsequently enhance the items that you receive which provides real incentive to play well in the knowledge that you will get rewarded well for doing so. In short, getting loot in Vermintide 2 seems much improved over that of the previous game.

Based on what we’ve seen so far, Warhammer: Vermintide 2 is looking to improve upon the first game in every way. At it’s core, Vermintide 2 not only preserves the immensely moresome thrill of taking three other friends along on an epic rat and Chaos smacking adventure, but it meaningfully adds to it too, with a range of all new features, enemies, maps and subtle wrinkles to what was already a stellar game.

This is looking promising, folks. Very promising. Look for our full review of Warhammer: Vermintide 2 soon.

Developed by Fatshark and published by THQ Nordic, Warhammer: Vermintide 2 is set to release on PS4 on December 18, 2018.

This preview was based on the closed beta version of the game.