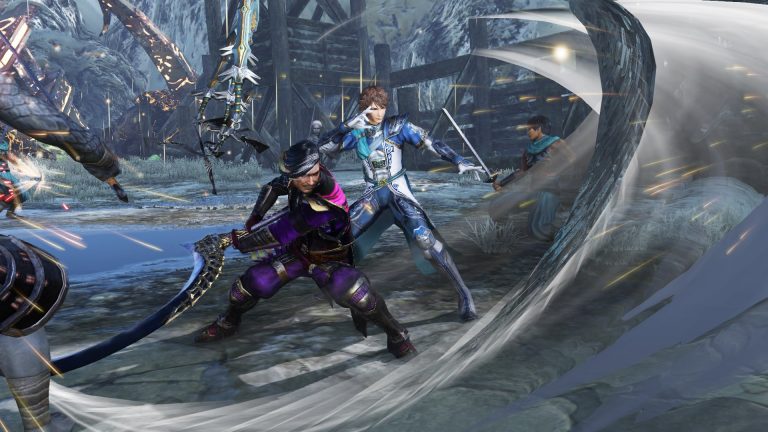 Tomohiko Sho, the director and producer on Warriors Orochi 4 Ultimate, has revealed that he’s hoping the power of PlayStation 5 and Xbox Scarlett will be sufficient to fuel huge battle simulations for future iterations in the long-running hack-‘n-slash franchise.

Speaking during an interview with Twinfinite, Sho-san revealed that he’s eager to see next-generation consoles bring a more ‘realistic feel’ to the sprawling battles synonymous with the Warriors Orochi franchise.

The Warriors games, even if many just think of them as a bunch of characters fighting, are actually meant as battlefield simulation games. We’re really hoping that with the next generation of consoles we can really have that huge battle simulations with various armies on the field, and bring a realistic feel to it.

We hope it’ll really show the true exhilarating feeling that you can get playing these games. This is what we hope to see.

Warriors Orochi 4 Ultimate is slated for release on PlayStation 4, PC, Nintendo Switch, and Xbox One on February 14, 2020.

The PS5, meanwhile, is rumoured to be hitting stores in holiday 2020 alongside the Xbox Scarlett. Sony has already confirmed a number of features that the console will support, including backwards compatibility with PS4 games, an SSD, ray-tracing, and 8K.

Warriors Orochi 4 includes over 170 playable characters, along with a new story focusing on a battle revolving Gaia, a brand new character introduced in this enhanced version, as well as additional side scenarios that wrap up plot threads that were not completed in the original release.

There’s also a new Infinite Mode introduced, which tasks players with vanquishing strong foes, while the new Challenge Mode scenarios Godspeed and Destruction will keep you busy plugging away at the action after you’ve polished off the campaign.

Koei Tecmo has also polished up the UI and control setting for Warriors Orochi 4 Ultimate, while Sacred Treasures are now able to be utilised by other characters, thus allowing player stop create unique and powerful teams.