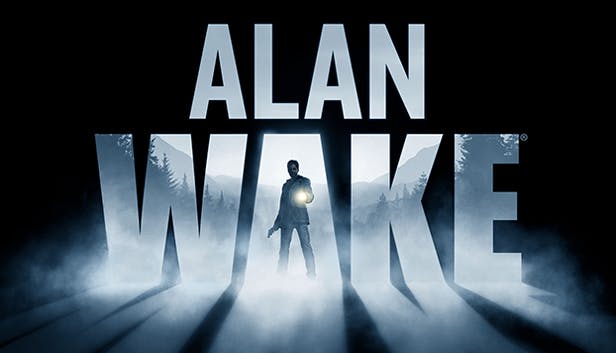 So, you’ve heard the news that an Alan Wake PS4 release could be in the pipeline, after Control developer Remedy nabbed the publishing rights to the franchise from Microsoft. Big deal, right? Well, yeah, it is pretty big, actually. Alan Wake is a cult favourite for a reason; not just because its core gameplay loop is so compelling and rewarding, but also due to the fact Remedy’s psychological thriller manages to create its own identity and stand proudly as a unique experience.

What Is Alan Wake?

Set in the picturesque Washington town of Bright Falls, Alan Wake focuses on the titular hero, a popular thriller novelist who takes a vacation to the area with his wife. However, a mysterious turn of events sees Wake’s spouse vanish, kicking off a genuinely unsettling, action-packed adventure with some refreshingly cerebral beats punctuating its overarching narrative.

Mechanically, Alan Wake is a third-person shooter, although it’s not a Resi rip-off by any stretch of the imagination. Its core loop is anchored by a simple yet incredibly satisfying combat system, where by you have to shine the light from your torch on enemies known as the Taken in order to exploit their weakness. From here, you’re free to fill them full of lead with whatever firearms you have on you, be it a standard pistol, the meaty Shotgun, or a powerful rifle. Enemies slowly but inexorably approach Wake armed with axes and other limb-slicing devices, and if you burn through the darkness surrounding them in time, you’re as good as brown bread.

Alan Wake Is A Pulse-Pounding Thriller

As such, encounters become increasingly tense as you aim your flashlight at a foe, acutely aware of the fact multiple baddies are encroaching on your position. It’s a brilliant system, and lead to some sweat-inducing, tactical-fueled battles as you pick your target, dispatch them, and move to a safe location before repeating the process. It may sound simple on paper, but put into action, Alan Wake’s combat is a deceptive beast.

Meanwhile, the town of Bright Falls is a character in itself. While not the open-world behemoth that Remedy initially conceived during the first six months of development, there’s still a host of sights to take in. From the glistening lakes, peaceful communities, to the evocative mountain regions, Bright Falls’ postcard aesthetic at first belies the malevolent presence that lurks beneath its shiny exterior.

That all changes when Wake’s world descends into darkness, however, making Bright Falls just as memorable and gut-wrenchingly disturbing as the Spencer Mansion or Silent Hill. Alan Wake’s narrative also unfolds like TV series, not unlike David Lynch’s Twin Peaks for example, so you’ll get catch-ups at the beginning of each chapter, while the discovery of pieces of Departure, a novel that Wake has no recollection of penning, often tease events that have yet to transpire. It’s brilliant, and adds a sense of stomach-knotting dread to the proceedings.

The soundtrack’s also a killer too, from the delicate tones of David Bowie’s ‘Space Oddity’ to the thunderous hard rock of Old Gods of Asgard’s ‘Children of the Elder Gods,’ Alan Wake’s eclectic score is a perfect complement to the on-screen shenanigans and a great companion to Wake’s struggle through Bright Falls.

If Alan Wake does indeed come to PS4, then you definitely want to give it a look. If you’re a fan of horror games, be it the more traditional beats of Resident Evil to the psychological tones of Silent Hill, or just love a good story, you’d be hard pressed to find a better time sink than Alan Wake.