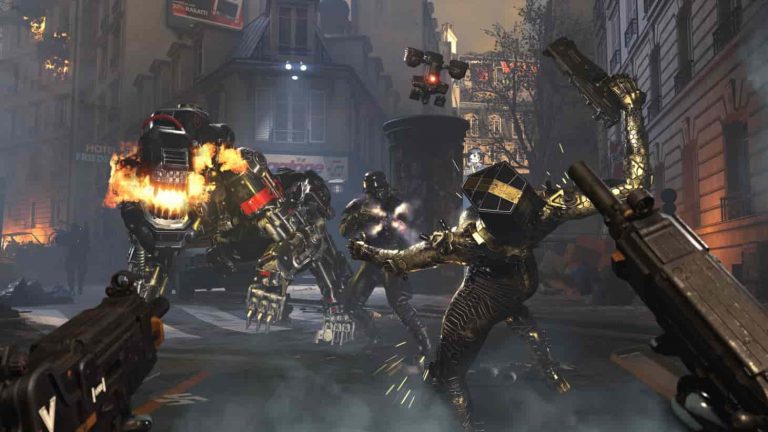 Bethesda has unleashed the Wolfenstein: Youngblood 1.08 update patch notes for your consumption, although we wouldn’t get too excited, as it’s nothing major to say the least. The patch is available now for PlayStation 4 and weighs in at just 191MB.

As you can see below, the latest Wolfenstein: Youngblood update is a minor one. Still, better grab it all the same and bring your copy of the game up to date.

Wolfenstein: Youngblood was released for PlayStation 4, PC, and Xbox One back in July. It’s worth remembering you can use the Buddy Pass to invite a mate along for the ride for free.

While you can complete the game solo if you want, Youngblood features a co-op mode allowing you to tackle the campaign as the two sisters.

The Wolfenstein franchise launched back in 1981 with Castle Wolfenstein, and featured a top-down viewpoint with a heavy emphasis on stealth. Wolfenstein 3D, which was developed by id Software, adopted a first-person perspective and is considered by many to have heavily popularised the FPS genre.

Wolfenstein: The New Order launched in 2014 and reinvigorated the series, and was followed by a direct sequel, 2017’s Wolfenstein II: The New Colossus. Both games are set during an alternate timeline where the Nazis emerged victorious during the Second World War.

A film adaptation of Wolfenstein was talked about back in 2012, although nothing has materialised so far. Still, there’s always Overlord, which doffs its cap to the franchise in many ways.