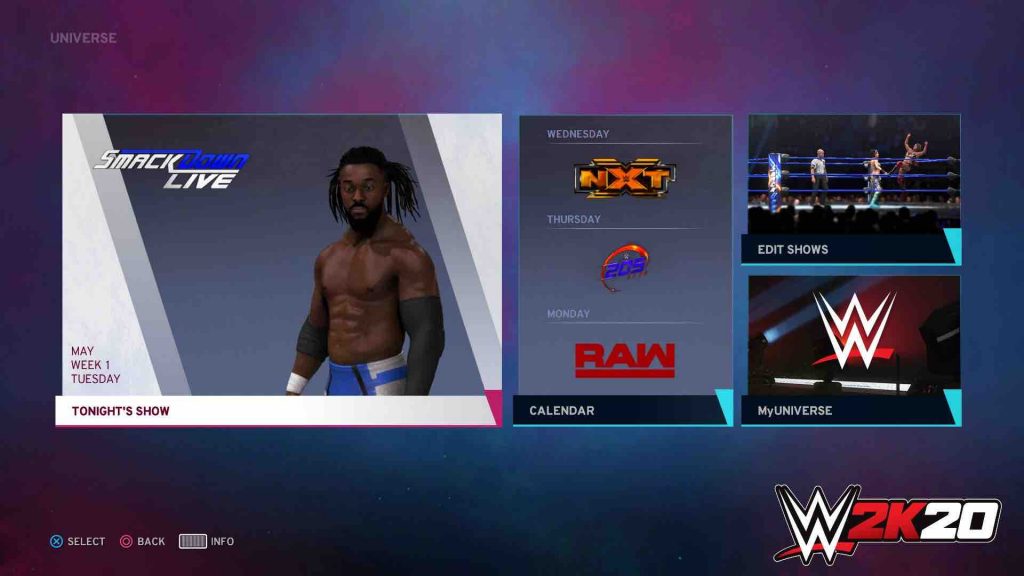 One of the mainstays of the WWE 2K experience has been the Universe Mode which has allowed players to set up all manner of pay per views, superstar rivalries and much, much more. In WWE 2K20 the Universe Mode has now been given an overhaul too by developer Visual Concepts, with a massive range of improvements to make it the best it has ever been, ranging from all new new cutscenes and pay-per-view match limits, through to newly mo-capped in game cinematic sequences and improved menus to name just a few of the improvements.

Simply put, WWE 2K20’s Universe Mode is shaping up to be the best yet.

As to the full list of improvements, you can view them all below

· Major and minor show match limits have increased from 7 to 9.

· Pay-Per-View match limits have doubled from 7 to 14.

· The number of championship titles per major show has increased from 6 to 7.

· Simultaneous rivalries on major shows have increased from 3 to 4. · Pay-Per-Views can be co-hosted by up to 3 major shows versus the previous 2.

· Players have more freedom to delete and add promos and matches.

· 50 of the most-used cutscenes have been reshot with female mocap actors to look more authentic when female Superstars are used.

· 25 new cutscenes have been added.

· Custom Matches can now be included in Match Tables, along with new Mixed Tag Matches. · Main Event matches in Match Tables have been tweaked so that those match types are more likely to occur on the show (Example: Royal Rumble match at the Royal Rumble Pay-Per-View).

· New rivalry content includes options such as low-intensity enemies making peace after a single Pay-Per-View or low to mid-intensity allies slowly falling out over several weeks instead of a sudden turn.

· The overall menu flow has been streamlined to make it more accessible to those new to Universe Mode. All deeper options are still available for experienced players.